So Much for Democracy. Ousted Republicans go "Scorched Earth." 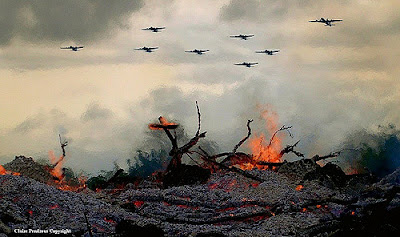 When you're a Republican, the will of the voters matters very little. That's the message Wisconsin Republicans are sending loud and clear as they try to sabotage offices won by Democrats in the last election.

Republicans are about to lose their grip on power in a number of states, and they’re trying their hardest to sour Democrats’ election wins.

In Wisconsin, Republican Gov. Scott Walker will have to pass the baton to Democrat Tony Evers come January, but before he does, the state’s GOP-controlled legislature has called for an “extraordinary session” to curb Evers’s power in office and potentially make it harder for Democrats to get elected in the future.

A similar tale is playing out in Michigan, where Democrats Gretchen Whitmer, Dana Nessel, and Jocelyn Benson handily won the governor, attorney general, and secretary of state races, respectively. Michigan Republicans are trying to make sure the Democratic trifecta has less power to undermine Republicans’ legislative accomplishments.

The state governments have proposed a slate of bills that would touch everything from voting access to the judicial system. In Wisconsin, the proposals, some of which are expected to pass Tuesday, could limit Evers’s power to change policies around welfare, health care, and economic development, cut down early voting, and even allow the Republican-led legislature to hire their own lawyers to undermine the attorney general. In Michigan, a Republican proposal would guarantee the GOP-controlled legislature the right to intervene in any legal battles involving state laws that the attorney general may be reluctant to defend.

If Republicans are successful, it’s a power grab that would seriously undermine the platform on which Evers campaigned, and won.

Two years ago, North Carolina set the precedent for this kind of move, when the Republican-controlled legislature stripped then-incoming Democrat Roy Cooper’s power over Cabinet appointments, made the state’s judicial system more partisan, and ensured that the state’s board of elections would be controlled by Republicans in election years. Cooper has been in legal fights over the changes since.

Meanwhile, NBC's Emily Mills writes that the Republicans want nothing less than to subvert the democratic voice of the public.

More and more, it appears that the United States is descending into banana republicanism.


That it does, Lorne. Now, how do we secure ourselves against that same contagion?

The Republicans have known for decades that they simply don't have the votes. So they have done everything they can to tilt the pinball machine.

How is that supposed to work, anyway? Can't the Democrats just pass bills repealing all that stuff as soon as they gain office?