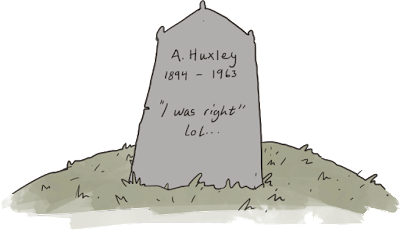 It's here. You're being mind-fucked. And your government is doing absolutely nothing to protect you.

Guardian columnist, George Monbiot, closes out 2018 with what should be a troubling look at how academia abets the advertising/marketing sector in researching and producing powerful methods of brain-hacking.  This sounds eerily like how Cambridge Analytica operated to swing the 2016 election to Trump.

Humans, the supremely social mammals, are ethical and intellectual sponges. We unconsciously absorb, for good or ill, the influences that surround us. Indeed, the very notion that we might form our own minds is a received idea that would have been quite alien to most people five centuries ago. This is not to suggest we have no capacity for independent thought. But to exercise it, we must – consciously and with great effort – swim against the social current that sweeps us along, mostly without our knowledge.

Surely, though, even if we are broadly shaped by the social environment, we control the small decisions we make? Sometimes. Perhaps. But here, too, we are subject to constant influence, some of which we see, much of which we don’t. And there is one major industry that seeks to decide on our behalf. Its techniques get more sophisticated every year, drawing on the latest findings in neuroscience and psychology. It is called advertising.

Every month, new books on the subject are published with titles like The Persuasion Code: How Neuromarketing Can Help You Persuade Anyone, Anywhere, Anytime. While many are doubtless overhyped, they describe a discipline that is rapidly closing in on our minds, making independent thought ever harder. More sophisticated advertising meshes with digital technologies designed to eliminate agency.

Earlier this year, the child psychologist Richard Freed explained how new psychological research has been used to develop social media, computer games and phones with genuinely addictive qualities. He quoted a technologist who boasts, with apparent justification: “We have the ability to twiddle some knobs in a machine learning dashboard we build, and around the world hundreds of thousands of people are going to quietly change their behaviour in ways that, unbeknownst to them, feel second-nature but are really by design.”

...Facebook, according to a leaked report, carried out research – shared with an advertiser – to determine when teenagers using its network feel insecure, worthless or stressed. These appear to be the optimum moments for hitting them with a micro-targeted promotion. Facebook denied that it offered “tools to target people based on their emotional state”.

We can expect commercial enterprises to attempt whatever lawful ruses they can pull off. It is up to society, represented by government, to stop them, through the kind of regulation that has so far been lacking. But what puzzles and disgusts me even more than this failure is the willingness of universities to host research that helps advertisers hack our minds. The Enlightenment ideal, which all universities claim to endorse, is that everyone should think for themselves. So why do they run departments in which researchers explore new means of blocking this capacity?

I ask because, while considering the frenzy of consumerism that rises beyond its usual planet-trashing levels at this time of year, I recently stumbled across a paper that astonished me. It was written by academics at public universities in the Netherlands and the US. Their purpose seemed to me starkly at odds with the public interest. They sought to identify “the different ways in which consumers resist advertising, and the tactics that can be used to counter or avoid such resistance”.

Among the “neutralising” techniques it highlighted were “disguising the persuasive intent of the message”; distracting our attention by using confusing phrases that make it harder to focus on the advertiser’s intentions; and “using cognitive depletion as a tactic for reducing consumers’ ability to contest messages”. This means hitting us with enough advertisements to exhaust our mental resources, breaking down our capacity to think.

... Advertising – with its destructive impacts on the living planet, our peace of mind and our free will – sits at the heart of our growth-based economy. This gives us all the more reason to challenge it. Among the places in which the challenge should begin are universities, and the academic societies that are supposed to set and uphold ethical standards. If they cannot swim against the currents of constructed desire and constructed thought, who can?

They can also start by taking audio commercials off public transit (buses, trains)
...and by reducing the number of ads one receives in the mail to once a month, instead of weekly.

...like I'm actually going to cave in and finally resign myself to purchasing that 4-piece furniture set I can't even afford and that won't even fit in my small apartment if you guys simply keep pushing it on me incessantly and repeatedly (cajoling to coercion?).