So Much for "America First" 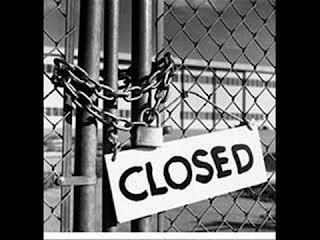 General Motors has taken Donald Trump to the woodshed.

In 2010, when GM emerged from the bailout and went public again, it boasted to Wall Street that it was making 43% of its cars in places where labor cost less than $15 an hour, while in North America it could now pay “lower-tiered” wages and benefits for new employees.

So this year, when the costs of producing many of its cars in Ohio and Detroit got too high (due in part to Trump’s tariffs on foreign steel), GM simply decided to shift more production to Mexico in order to boost profits.

In light of GM’s decision, Trump is also demanding the company close one of its plants in China. But this raises a second reality of shareholder-first global capitalism that has apparently been lost on Trump: GM doesn’t make many cars in China for export to the United States. Almost all of the cars it makes in China are for sale there.
In fact, GM is now making and selling more cars in China than it does in the United States. “China is playing a key role in the company’s strategy,” says GM’s CEO, Mary Barra.

Even as Trump has escalated his trade war with China, GM has invested in state-of-the-art electrification, autonomous vehicles and ride-sharing technologies there.

...In shareholder-first global capitalism, technology doesn’t belong to any nation. It goes wherever the profits are. If a particular technology is vital to American national security, the US government could stop American corporations from doing business in China – just as it does, in effect, when it blocks Chinese companies from acquiring American components if the purchase poses a national security threat.

The real challenge is to make American workers great again. They don’t need just any jobs. They need good jobs, akin to those that GM’s unionized workers had a half-century ago. Most Americans haven’t had a raise in decades, considering inflation.

...American corporations exist to advance the interests of their shareholders, who aren’t prepared to sacrifice profits for more and better jobs for Americans.

North America is saturated with cars. Developing countries want more. Where would you set up a factory?

Subsidizing large corporations is a mug's game. I can't understand why politicians insist on doing it.


Subsidies are part of the neoliberal dance, Toby. Nations now court industry as never before. After we dismantled productive tariffs along with needlessly restrictive tariffs (throwing the baby out with the bathwater in the process) a great deal of political and economic power was surrendered to the private sector without any commensurate return of benefit. We cut the tendons of our own muscles. Instead of accommodating our bottom line, we accommodate theirs. Amazing, eh?

Trump is fully aware that the merchant has no nation. He’s one of them. This “America” stuff he’s peddling is just another one of his hustles. And to think that it started off as a side-hustle. He explained as much when he shrugged it off when asked about the “Trump Ties” that were made in China. He had no choice. It was the fault of “hacks and diplomats” who didn’t know how to negotiate good deals. Merchants have to do what the money tells them to do. Of course, he didn’t state explicitly that “U.S. business interests” are distinct from, and often at odds with, the national interest. You had to look between the frames to realize that he was in complete understanding of that.

Let’s defy reality. We’re good enough. Maybe adding some deregulation and tax breaks and giveaways will do the trick. Isn’t that why the Chamber worked so long and hard to sell the hacks and diplomats on the China Normalization Project in the first place? Not enough? You want more?

“That’s right. We want more. We want more each and every month than we got the month before. What’s the matter? Were you sick the day they taught Business at Wharton Business School?”

But somewhere along the way Mr. America First became a little fuller of himself than anybody thought was possible. He didn’t just start swallowing his own bullshit; he thought that corporate America and all its cousins had. It was a case of, “Now that I’m the big cheese, things are going to be different. For one thing, I’m going to start showing up. And that’s all it should take for everybody to get with the program, no matter where you’d rather be.”

Notice that Trudeau and other Canadian politicians say nothing. Do nothing. Because they want Canada's auto-industry shipped off to Mexico. That's where the big "soft corruption" bucks are.

They ship the jobs out and say they're lost to automation. That the TPP and free trade with China are good for workers. Not Trump. Call him a liar if you want. But he doesn't deal out these kinds of lies.

Mexico elects its very own FDR! This is a big win for Mexicans as well as North American workers. Looks for real!

The wildly ambitious plan of Mexico’s President AMLO
He promises millions of trees, 100 new universities and a security plan with a possible papal blessing.
https://www.washingtonpost.com/world/2018/12/01/crazy-ambitious-plan-mexicos-president-amlo/?utm_term=.87905c3a10bf

Are corporations doing ANYTHING anymore, outside of selling snake oil and fleecing their customers via peddling overpriced questionable-quality merchandise?