Bleed the Fatted Calf. It's Only Fair. 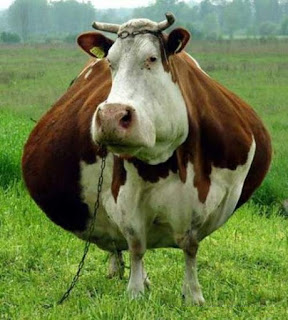 Renowned economist, Thomas Picketty, and a posse of 50 other prominent economists, historians and former politicians, have a prescription to relieve the dangerous pressures building in Europe - TAX THE RICH.

A group of progressive Europeans led by the economist and author Thomas Piketty has drawn up a bold new blueprint for a fairer Europe to address the division, disenchantment, inequality and rightwing populism sweeping the continent.

The plan, crafted by more than 50 economists, historians and former politicians from half a dozen countries, includes huge levies on multinationals, millionaires and carbon emissions to generate funds to tackle the most urgent issues of the day, including poverty, migration, climate change and the EU’s so-called democratic deficit.

...the “manifesto for the democratisation of Europe” says EU institutions are stuck in “a technocratic impasse” that benefits the rich.
“Following Brexit and the election of anti-European governments at the head of several member countries, it is no longer possible to continue as before,” says the document.

“We cannot simply wait for the next departures or further dismantling without making fundamental changes to present-day Europe.”

The move underlines the gulf between the preoccupations of the UK and those across the Channel. While the UK is consumed by its tortuous EU exit process, Europe’s pro-EU political forces are concerned with avoiding losses to anti-European populists in next May’s European elections.

The left-leaning authors criticise movements dedicated to “hunting down foreigners and refugees”, but also parties espousing what they call “hardcore liberalism and the spread of competition to all”.

This may sound radical. It shouldn't. It's Europe cleaning out the Augean stables of neoliberalism. Who else is neoliberal? Oh yeah, us.


The EU has been accused of failing to address the manifest unfairness of huge multinationals such as Apple, Google and Amazon channeling profits through member states where taxes are lowest.

The budget would be worth 4% of the EU’s GDP – four times the current budget. Funds would be raised from four sources: an extra 15% levy on corporate profits, tax increases on individuals earning more than €100,000, a wealth tax on personal fortunes above €1m, and a tax on carbon emissions.

Half of the proceeds would be returned to member state governments. A quarter would go to research, innovation and education. A fund to better manage migration and a fund to make agriculture and industry greener would also benefit.

(And, please, before you astutely point out that the photo is not of a calf, fatted or otherwise, but of a very pregnant cow, don't. And, yeah, I know, it's been Photoshopped.)

Sounds straightforward and easy. But it won't be. The rich have planted lots of mines to protect their turf.


It's the prospect of rejecting change that worries me, Owen. These populist movements and social upheaval such as these Yellow Vest types are surely sounding the death knell for the neoliberal experiment that Friedman himself pronounced a failure just prior to his death.

Neoliberal globalism binds our hands just when we need to fend off a gamut of threats ranging from authoritarianism, austerity, inequality, climate change and more. These pressures are growing with a troubling synergy.

Chris Hedges wrote some time ago that America had already entered a "pre-revolutionary" state, a condition that rightwing authoritarians are exploiting from the US to Hungary, Turkey, Poland and now Italy. The same forces are on the move in the UK, France, Holland and elsewhere. There might even be a nascent effort underway in Canada although we like to imagine ourselves as much too moderate to indulge that sort of thing.

Three or four times in the past year I've read of the extreme wealthy exchanging fears of the plebs rising up against them. That seems to be the motivation for the World Bank, the World Trade Organization, even the Davos crowd repudiating neoliberalism, at least for public consumption. But for the plebs, what are the options? Neoliberalism into some neofeudal reality or revolt?

Right now the Third World sees the affluent nations as the cause of most of their woes. Can it be far off that our own have-nots see their own haves as the bane of their existence?

I recall how, some 15 years ago, there were those who proclaimed the 21st the "century of revolution." It struck me as extreme and dire at the time but I'm not so dismissive any longer.

I read the article yesterday, Mound, and Picketty's proposal makes perfect sense. I'm glad you posted abut it, as I was considering writing about it. Unfortunately, the world being what it is, I believe it has zero chance of ever coming to fruition.