A New Type of Economics for a World in Trouble 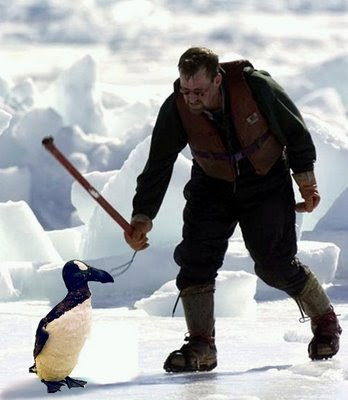 Now French president Nicolas Sarkozy is mulling over a report from leading economists claiming that gross domestic product {GDP} is an insufficient standard for determining economic health and should be expanded to include measures of sustainability and human well-being.

And just what nutbars came up with this radical notion? Well, how about Nobel prize economists Joe Stiglitz of Columbia University and Amartya Sen of Harvard, along with Jean-Paul Fitoussi, a professor at the Institut d’Études Politiques in Paris. According to The New York Times, these guys assert, "that economic growth had come to be seen as an end in itself, rather than as the means for increasing human happiness. "

What is of “particular concern is when narrow measures of market performance are confused with broader measures of welfare,” the authors said in the report. “What we measure affects what we do; and if our measurements are flawed, decisions may be distorted. Policies should be aimed at increasing societal welfare, not G.D.P.”

The report also notes that “an excessive focus on G.D.P. metrics” contributed to the onset of the financial crisis, as policy makers cheered rising economic growth while other data, like those that showed the increasing and unsustainable indebtedness of households and businesses, were overlooked.

Mr. Sarkozy, professing his dissatisfaction with standard economic measures, created the commission in February 2008, charging the economists with identifying the limits of gross domestic product “as an indicator of economic performance and social progress,” and asked them to consider alternatives.

We'll this certainly sounds like another attack on capitalist pigism.
Seriously though, given capitalism this one isn't likely to fly before the year 3050. Good idea, mind you. Just won't get traction for a while.

There is one really big reason why what you are saying may be true, but it has more to do with the central banking system(s). I would refer you to the Wikipedia articles on fiat currency and fractional reserve lending.

If you want to read in depth, I found the following two books linked on the site:

The picture looks like it has been altered. His shadow has a white block in it and the Auk doesn't look like it was really there