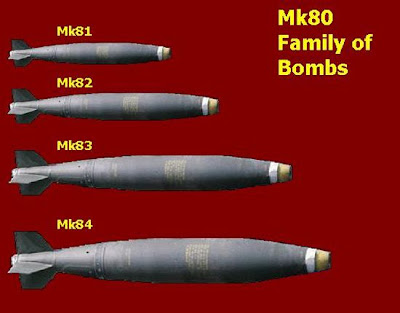 The United States may be reeling from the fallout of its Ponzi-scheme economy. It is struggling with a crushing debtload. It has lost a lot of its prestige and clout around the world. But it's still hands down Numero Uno where it counts - weapons sales.

When the world wants to kill somebody it still turns to Old Reliable, the United States of America. From Reuters:

The United States accounted for more than two-thirds of foreign weapons sales in 2008, a year in which global sales were at a three-year low, The New York Times reported on Sunday.

Citing a congressional study released on Friday, the Times said the United States was involved in 68.4 percent of the global sales of arms.

U.S. weapons sales jumped nearly 50 percent in 2008 despite the global economic recession to $37.8 billion from $25.4 billion the year before.

The jump defied worldwide trends as global arms sales fell 7.6 percent to $55.2 billion in 2008, the report said. Global weapons agreements were at their lowest level since 2005.

Look at it this way. If it wasn't for America's military-industrial complex, the United States might not have a complex at all!
Posted by The Mound of Sound at 9:12 AM