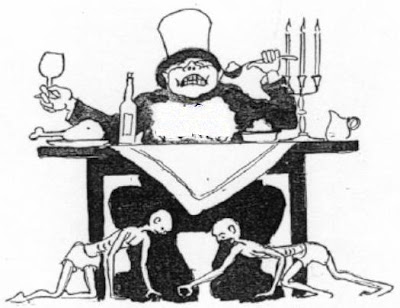 In pretty much any job you take on you pick up a few words, bits of an occupational lexicon. In the law business one of my favourites was "inure" and I expect it's going to become the non-rallying cry of the 21st century.

In case you're not familiar with it, "inure" means to become toughened to something undesirable by habitual exposure to it. Get exposed to something enough and you may just stop caring.

"Inure" came to mind this morning as I pondered a story about Iraqi farmers being driven off their land by the sea as tidal waters begin moving up the Euphrates river. Fresh water flows down the Tigris and Euphrates normally hold the salt water at bay, constantly pushing it back into the Persian Gulf. However the drought that has swept Turkey, Syria and Iraq has caused a major drop in the volume of freshwater passing through these rivers. That, in turn, has allowed salt water from the Persian Gulf to move further upstream.

The brackish water makes agriculture very difficult, if not impossible. The salt in the blended salt/fresh water collects in the soil, rendering it sterile in short order (think Hannibal, Rome, Carthage and salting of the farm fields). The saltwater also spreads into the local groundwater and can make it also unusable.

This week the surging Gulf saltwater drove 2,000 Iraqis off their land. There'll be more to follow, plenty more and they won't just be in Mesopotamia either. Freshwater flows are threatened throughout South Asia, East Asia, northern Africa (especially the Nile delta) and elsewhere. Often the affected country's key agricultural regions are in coastal areas, especially river deltas.

Added to the disruption of freshwater flows is the problem of rising sea levels caused by global warming. This will impact every coastal region around the world. It's already driving farmers off their land in Bangladesh and the more the seas rise, the greater the impact.

Now if you're a Bangladeshi or Egyptian or Iraqi farmer it may be pretty tough becoming inured to your plight but they don't matter. It's you who matters - the peoples of the industrialized world. It's the First World nations that are going to have to trim their sails, are going to have to help the developing and Third World cope with the impacts of global warming that we pretty much visited on them. But if we're going to do that, we're going to have to become - and remain - alarmed enough to demand our governments act and, instead, I'm betting we'll become inured to all this suffering instead.

These little, two paragraph, anecdotal accounts about people in places we really don't much care about are going to become repetitive, tedious and ultimately anecdotal. As we glance through the news reports and quickly move on to sports section or the TV listings, we'll become inured or toughened to this distant unpleasantness. It will become the new "normal" and we all know that we can't change normal. Besides, we'll have far too many problems on our own plate by then to worry about overpopulated regions on the far side of the world.

Whether by necessity or choice, we lucky ones are destined to become inured to the fate that befalls the unlucky ones.
http://www.guardian.co.uk/world/2009/sep/11/seawater-surge-iraq-homes
Posted by The Mound of Sound at 7:43 AM