So Many Wars All in One Little Country 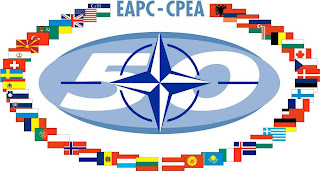 2. An organized movement aimed at the overthrow of a constituted government through use of subversion and armed conflict.

3. War between people of the same country.

Which of these describes the conflict underway in Afghanistan today? Does it matter? In fact it does. The first of these is the US military's definition of terrorism. The second its definition of insurgency. The third is the standard definition of civil war.

When an internal conflict reaches sufficient proportions that the interests of other countries are affected, outside states may recognize a state of insurgency. A recognition of insurgency, whether formal or de facto, indicates that the recognizing state regards the insurgents as proper contestants for legitimate power. Although the precise status of insurgents under international law is not well-defined, recognized insurgents traditionally gain the protection afforded soldiers under international rules of law pertaining to war. A state may also decide to recognize the contending group as a belligerent, a status that invokes more well-defined rights and responsibilities. Once recognized as a belligerent party, that party obtains the rights of a belligerent party in a public war, or war between opposing states. The belligerents stand on a par with the parent state in the conduct and settlement of the conflict. In addition, states recognizing the insurgents as belligerents must assume the duties of neutrality toward the conflict.

At the moment, Western politicians and military leaders deliberately blur the distinction when they describe the war they're fighting in Afghanistan. The continued presence (so we're told anyway) of al Qaeda allows them to maintain they're fighting terrorists, the "9/11" bunch. We have to keep fighting in Afghanistan, the line goes, to prevent that country from again becoming a sanctuary for terrorists.

But the Taliban didn't return as terrorists but as guerrillas in a classic insurgency. That's a nationalist movement, an "organized movement" to be sure but still narrowly based especially in a multi-ethnic state like Afghanistan.

Today, however, that insurgency has morphed into something more closely resembling a civil war. As noted by General McChrystal, the Taliban has been joined by two other groups - Haqqani's forces and Hekmatyar and his militia. Also involved are the drug lords (who may or may not also support Karzai), common criminals (who may or may not also support Karzai), ordinary Afghans who sign on for the pay or to exact revenge and the standard bunch of nationalists who just want the infidels out of their country.

As in a civil war, the Taliban and their supporters actually control territory and contest control in other areas, implementing their own security and justice systems for example. Sure they're brutal but they offer the people relief from Kabul's predations and corruption.

Are these distinctions - terrorism, insurgency, civil war - important? I think they are for several reasons. One of these is that the nature of the adversary defines the type of war you're fighting. Terrorists and insurgents operate differently and must be confronted differently. We're constantly told about "moderate" Taliban fighters but no one is suggesting there's a moderate wing within al Qaeda.

The more troubling prospect becomes the evolution of a full-blown civil war. That's because we, the Western outsiders, Infidels, are propping up one side of that conflict. It's not a very nice side to boot. Without us Karzai wouldn't last more than a few months and he knows it. This past election showed his limited support and how what support he did muster had to be bought. And, all other considerations aside, this is the true measure of how little we've achieved since 2001.

The side we're defending, enabling to remain notionally in power, is decidedly unpopular. As a functioning government it's not viable nor, as the election has shown, is it particularly legitimate. If we're going into a civil war Karzai and his cadre of warlords are not the sort of government who are going to generate a lot of badly needed support for our side. It's one thing if it's Western forces versus the Taliban. It's another thing entirely if it's Western forces versus the people of Afghanistan. We didn't go there to fight Afghan nationalists but, within a short time, we may be reduced to that.

Karzai versus the insurgency. Do you think the Afghan public's perception of the last election is going to garner support for Karzai or for the one party that is directly opposing him? Do you think that election did anything to increase Karzai's acceptability to the insurgents? Answer one - of course not. Answer two - of course not. Anyway you carve it up, that election was a body blow to our efforts in Afghanistan. We ignore that at our peril.

We're not winning the hearts and minds of the Afghan people. We've been there too long and for too long we've waged war very counterproductively. Afghans can't be counted on to put up with that for very long and a lot of them have already had their fill of us. We may not be winning them over but Karzai is positively losing them. This is a candle burning from both ends.

McChrystal is right; the sort of warfare the West has waged has led us to the brink of failure. Where he's wrong is in contending that he can now do what we actually needed to do as far back as 2003. That's when the Afghan people needed our security. That's when we needed to rid Afghanistan of warlord rule. Unfortunately McChrystal is fighting Afghanistan 2009 not Afghanistan 2003 and he has no means to roll back that clock. Whistling past the graveyard is not a strategy to reverse our failures in Afghanistan.
Posted by The Mound of Sound at 8:03 AM