Is Harper an Economist? McClatchey Doesn't See It That Way 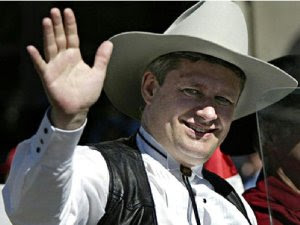 According to McClatchey Newspapers, there was one economist among the G20 leaders (or did they really mean one economist worth hearing). No, they weren't referring to our exalted Furious Leader. It was Indian Prime Minister Manmohan Singh who drew the news service's attention:

"The economist among the world leaders, Indian Prime Minister Manmohan Singh, joined President Barack Obama in warning against scaling back too quickly, though. Nobel Prize-winning economist Paul Krugman on Monday called the summit's goals a mistake and warned that policy blunders could plunge the world into a depression.

... India's Singh was among those who wanted the emphasis on growth, not cutting deficits.
"The purpose of G20 should be to ensure that the momentum of recovery is sustained and enhanced in the years to come," he said at the onset of the summit.

Deflation is the decline in prices across the economy. It's pernicious because it leads consumers and businesses to withhold spending amid expectations that prices will decline further. Japan suffered through this in the 1990s, and the trend is arguably visible in parts of the U.S. housing market.

Maybe McClatchey was simply too polite to point out that, as an economist, Steve Harper's track record is that of a complete dud, a fiscal Wrong Way Corrigan.
Posted by The Mound of Sound at 8:16 AM