Is Sudden Mineral Wealth a Blessing or a Curse for Afghanistan? 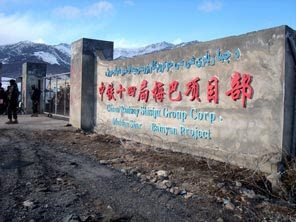 It's a failed state, second only to Somalia. No matter that we frame it as an insurgency, the place is beset by an ongoing and unpredictable civil war and, in this country, the players switch sides effortlessly. The central government's stock in trade is corruption. The scourges of warlordism and tribalism thrive unchallenged. The country has a thoroughly institutionalized and potent criminal class that operates with impunity. Much of the wealth that already arrives in the form of foreign aid doesn't travel downward to the people but is diverted upward to feed inherently fuedal masters. The immediate neighbours all have designs on the place and so do the United States, China, Russia and India with very active political, economic and military rivalries that span the breadth of the Caucasus/South Asia region.

So just what does a trillion dollars in mineral resources really mean for Afhganistan? Will the Afghans' resource industry evolve along the same lines as its narcotics industry? Will exploiting these resources bring the Afghan people into the modern age or condemn them to permanent serfdom? Will these potential riches fuel a "free for all" civil war that fractures the country into four or more competing camps? Will the Taliban return as Karzai's muscle to ensure Pashtun sumpremacy?

Here's what I think. All bets are off. The central government in Kabul isn't strong enough to hold these assets for the benefit of the Afghan people. It might not even try. Worse yet, a lot of the strongmen, the warlords who've had some reason to prop up Karzai might have second thoughts about that depending on the locations of these resources and the alignments that evolve in the weeks and months ahead. I think the mineral wealth will bring pressures far too great for any failed state to handle much less an artificial nation that really is little more than an edgy accommodation by five disparate ethnic groups.

Washington may think it can dampen the ethnic rivalries in Afghanistan but it's not nearly as resolute (or brutal enough) to make that happen. That's a job much better suited to the ruthless private sector - Halliburton, KBR, Blackwater, Bechtel, etc. Maybe that's the answer - transform Afghanistan into a truly corporate feifdom. Horrible as these private sector players may be, they might just be more benevolent to the Afghan people than the other options. After all, we're going on to nine years and we still haven't created a viable military or a legitimate police service to anchor and consolidate Kabul's control of the provinces and that job just got a trillion times tougher.

Here's something I do know. Right now the Karzai boys and the other villains like Dostum, Gul Agha, Hekmatyar, Fahim and the rest are feeling each other out and jockeying for position. They've had a nice breather while the West babysat their unresolved civil war and now we're poised to bail just as the stakes went skyrocketing up to the tune of a trillion dollars. The chum is in the water and the sharks are circling. It's probably a real good time to get out of Dodge.

The photo above is one of China's copper mines in Afghanistan. China itself located the copper from old Soviet charts - just like the Americans have now done. McClatchey's Jonathan Landay wrote a highly informative piece on it in March, 2009. I've dealt with Landay a few times. He's an old hand from the Soviet/Mujahadeen days and he knows his stuff. Read it here.
Posted by The Mound of Sound at 7:42 AM