The Myth of Israeli Security & Gaza 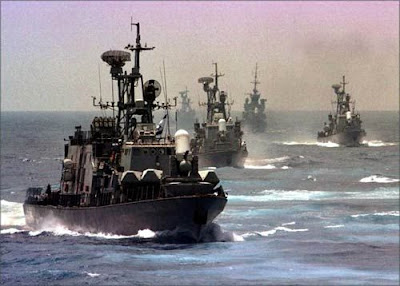 Israel defends its blockade of Gaza as a necessary evil to ensure its security by preventing arms being smuggled to Palestinian radicals. That's the line Israel has fabricated for public consumption in the West. The only thing wrong with it is that it's not true.

McClatchey Newspapers has obtained, "an Israeli government document that describes the blockade not as a security measure but as "economic warfare" against the Islamist group Hamas, which rules the Palestinian territory."

Last week, after Israeli commandos killed nine volunteers on a Turkish-organized Gaza aid flotilla, Israel again said its aim was to stop the flow of terrorist arms into Gaza.

However, in response to a lawsuit by Gisha, an Israeli human rights group, the Israeli government explained the blockade as an exercise of the right of economic warfare.
"A country has the right to decide that it chooses not to engage in economic relations or to give economic assistance to the other party to the conflict, or that it wishes to operate using 'economic warfare,'" the government said.

The Israeli document reveals that the Gaza blockade is not the defensive necessity as claimed publicly by Israel but an offensive campaign to use deprivation of the Palestinian people to undermine support for Hamas. Quelle surprise!
Posted by The Mound of Sound at 8:19 AM

No matter what the ultimate reasons, blockades ARE economic warfare under international law. So I don't see your point.

The point, LJ, is that Israel persistently excuses the blockade as something else entirely - defending itself from weapons smuggled into Gaza. Can you grasp that? Perhaps you should write McClatchey and they'll explain it to you.