The Tide Change in the Middle East - Return of the Ottomans 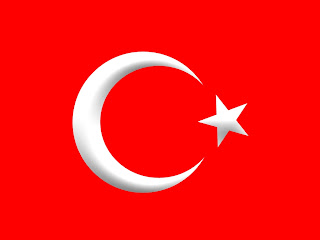 According to many, the most important player in the Middle East today isn't Israel or Egypt or Saudi Arabia. It's Turkey, the region's sole NATO member and, until recently, the West's toehold in the Arab world. That's now changing, thanks in large part to the Israelis.

Asia Times claims Turkey's emerging leadership role in the Arab Middle East was a factor in Israel's storming of the Gaza aid flotilla:

A key Israeli motive to attack the humanitarian flotilla was to send a "signal" to Turkey about the Brazil and Turkey-mediated Iran nuclear fuel-swap deal - as its success pre-empted Israel's pleas for a military strike on Tehran's nuclear facilities. Israel wants conflict between Washington and Tehran - and that means using the Israel lobby in Washington to sabotage US President Barack Obama's half-hearted attempts at finding any sort of agreement with Tehran over its uranium-enrichment program. Israel wants a weak Turkey - out of the loop both in the Middle East and the European Union.

Turkey is an emerging regional power now with good, stable relations with its neighbors. Turkey is key for the US: 70% of all supplies for US troops in Iraq go through the Incirlik base in Turkey. Turkey has troops fighting the US war in Afghanistan. Not to mention that Turkey - in Obama's own terms - represents the key bridge between the West and the Muslim world.

...As much as Israel wants Turkey immersed in deep trouble with both Syria and Greece, and fighting a nasty internal Kurdish problem, Ankara is not exactly trembling because of Israel's "message". In terms of conventional military strength, Turkey is ahead of Israel itself; and moreover it is a very important US NATO ally.

... this has led to the ultimate Israeli nightmare. The new key axis in the Middle East is Turkey, Iran and Syria. It used to be only Iran and Syria. Its historical legitimacy simply cannot be questioned, as it unites Shi'ite Iran, secular Syria and post-Ottoman Sunni Turkey.

There are many fascinating side-effects of this cross-fertilization - such as more than a million Iraqis, many of them very well educated, finding a new life in Syria. But the most remarkable effect of this axis is that it has smashed the same old divide-and-rule logic Western colonialism has been imposing on the Middle East for more than a century. Turkey's destiny may not be firmly attached to a fearful Europe that really does not want to embrace it after all; Turkey is to become once again a leader of the Muslim world.

This warning of an emergent Turkey, slipping the bonds of the West, is echoed in today's New York Times:

For decades, Turkey was one of the United States’ most pliable allies, a strategic border state on the edge of the Middle East that reliably followed American policy. But recently, it has asserted a new approach in the region, its words and methods as likely to provoke Washington as to advance its own interests.

... Turkey is seen increasingly in Washington as “running around the region doing things that are at cross-purposes to what the big powers in the region want,” said Steven A. Cook, a scholar with the Council on Foreign Relations. The question being asked, he said, is “How do we keep the Turks in their lane?”

From Turkey’s perspective, however, it is simply finding its footing in its own backyard, a troubled region that has been in turmoil for years, in part as a result of American policy making. Turkey has also been frustrated in its longstanding desire to join the European Union.
“The Americans, no matter what they say, cannot get used to a new world where regional powers want to have a say in regional and global politics,” said Soli Ozel, a professor of international relations at Bilgi University in Istanbul. “This is our neighborhood, and we don’t want trouble. The Americans create havoc, and we are left holding the bag.”

...for years Mr. Erdogan encouraged closer ties with Israel, even taking a planeload of businessmen to Tel Aviv in 2005. While the relationship has deteriorated badly in recent years — with Mr. Erdogan lambasting Shimon Peres, the Israeli president, over the Israeli military’s tactics in the Gaza campaign — Jewish leaders in Istanbul say that it is more about Mr. Erdogan’s dislike of the government of Prime Minister Benjamin Netanyahu than his view of Israel.

Did you notice the complaint that Turkey is running around the Middle East doing things at cross purposes to what "the major powers in the region" want? What major powers? Why Washington, of course. Is it any wonder the Arab world recoils at such arrogance?

Asia Times notes that Turkey has been successful at building the Turkey/Syria/Iran axis in part thanks to the support of Russia.

...A new Middle East is being born - and there seems to be only one place for Israel: isolation.

Israel's "mad dog" strategy - conceived by former military leader Moshe Dayan - is not exactly an exercise in fitting in. Even centrist Middle East analyst Anthony Cordesman, an establishment icon at the Center for Strategic and International Studies, wrote an essay under the title "Israel as a Strategic Liability?"

Big Brother Washington may be - forever - blind to it; but if you are a state and your strategy is to configure yourself as South Africa at the twilight of apartheid - ...method is the last thing to be found in your madness.
Posted by The Mound of Sound at 8:49 AM

That was an excellent post Mound. It should be clear to anyone paying attention that Turkey's direction has been to assume a leadership role in it's own region, but as most Westerners are either too disinterested to become aware or draw their opinions from Western media sound bites, most haven't grasped that.

Interesting too, the increase in one liner attacks on Obama that are surfacing recently, trying to paint him as a Jihadist sympathizer and or fifth columnist.

"A new Middle East is being born - and there seems to be only one place for Israel: isolation."

I tried to engage a Tea Bagger in discussion recently, and that was less than a satisfactory experience. One of his stated goals though, was a position of isolation for the US. I won't take up much space with that, but I have rarely seen a more jumbled bunch of thoughts and goals as the Bagger offered via terms and catch phrases.