The Ugly Face of Corporatism in the US Congress 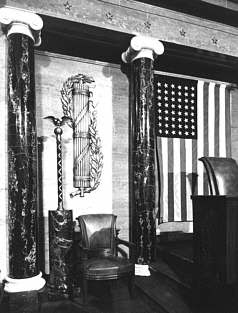 Corporatism. Benito Mussolini described it as the very core of fascism. Reagan ushered it into America's political mainstream as none before had.

You see its ugly face on the floor of the House and Senate when "bought and paid for" legislators routinely put corporate interests ahead of the public interest - think Big Pharma, think Big Oil, think Big Coal, think Big Tobacco. Every outfit from the insurance industry to the healthcare barons to Wall Street line up to buy what's readily up for sale.

Another sign of corporate power over America's Congress is found in the sorry state of the country's National Labor Relations Board. The Guardian's Michael Paarlberg writes that the NLRB is so near death, it ought to be put down:

"...A quasi-judicial federal agency established in 1934 to investigate and mediate collective disputes between workers and employers, the NLRB was, for a time, the cornerstone of national labour policy. Its de jure mandate to assist workers seeking to form a union has since evolved to a de facto role of neutral arbiter, hearing charges of unfair labour practices brought against companies and unions alike.

Yet the agency has fast been fading into obscurity. Its budget is periodically slashed with changing administrations and, sometimes, unpopular rulings: in 1995, the Union Pacific corporation lobbied Congress to cut the NLRB's budget by 30% after it did not rule in the company's favour in a case brought by the Teamsters. Its staff in 2008 was just half its size in 1980. Cases are backlogged for years, rendering injunctions – eg that companies rehire workers who were wrongfully fired – meaningless for those who have long since found new work. Former NLRB Chairman William Gould called his own agency "irrelevant," estimating it is currently handling about 20% of the caseload as it did in the 1990s.

For the past two years, the board itself has been running on a skeleton crew. With only two of its five seats filled, it still managed to issue some 600 rulings on labour disputes.

This month, however, the supreme court threw them all out. The bipartisan decision declared that the NLRB did not have the legal authority to act with fewer than three members. Justice Stevens called the board's structure a "Rube Goldberg-style delegation mechanism" which may be less a condemnation and more a tribute to the agency's ingenuity in continuing to function, if barely.

The vacancies result from Congressional holds that have been blocking Obama's appointees at several agencies."

When will the American people wake up? When will they stop allowing themselves to be herded into ideologically dead-end movements like the Tea Party?
Posted by The Mound of Sound at 7:56 AM

Email ThisBlogThis!Share to TwitterShare to FacebookShare to Pinterest
Labels: corporatism