Superstition Works, It Really Does 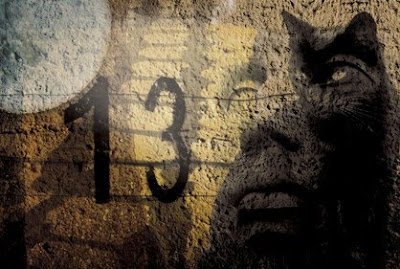 Spotted this in The Guardian. A study published in the journal Psychological Science claims that being superstitious actually improves performance:

The researchers did four miniature experiments. In the first, they took 28 students, more than 80% of whom said they believed in good luck, and randomly assigned them to either a superstition-activated or a control condition. Then they put them on a putting green. To activate a superstition, for half of them, when handing over the ball the experimenter said: "Here is your ball. So far it has turned out to be a lucky ball." For the other half, the experimenter just said: "This is the ball everyone has used so far." Each participant had 10 goes at trying to get a hole in one from a distance of 100cm (39in). And lo, the students playing with a "lucky ball" did significantly better than the others, with a mean score of 6.42, against 4.75 for the others.
Then they moved on to a second experiment. Fifty-one students were asked to perform a motor-dexterity task, an irritating, fiddly Perspex game to get 36 little balls into 36 little holes by tilting the box. Beforehand, they were randomly assigned to one of three groups, each hearing a different phrase just before starting. The superstition activator was "I press the thumbs for you", a German equivalent of the English expression "I keep my fingers crossed". Of the two control or comparison groups, members of one were told "I press the watch for you", with the idea that this implied a similar level of encouragement (I'm not so sure about that) and the others were told "On 'go' you go". As predicted, those who were told someone was keeping their fingers crossed for them finished the task significantly faster.

Then things got more interesting, as the researchers tried to unpick why this was happening. They took 41 students who had a lucky charm, and asked them to bring it to the session. It was either kept in the room or taken out to be "photographed". Then they were told about the memory task they were due to perform, and asked questions about how confident they felt. The ones with their lucky charm in the room performed better in the memory game than those without and also reported higher levels of "self-efficacy", which was correlated with performance.

Finally, they probed these mechanisms even further. Thirty-one students were asked to bring their lucky charm; it was either taken away or not, and they were given an anagram task. Before starting, they were asked to set a goal: what percentage of all the hidden words did they think they could find? Then they began: as expected, participants who had their lucky charm in the room performed better and reported a higher degree of "self-efficacy" as before. But, more than that, they set higher goals and persisted longer in working on the anagram task.

I suppose it makes sense, sort of. A healthy dollop of superstition in the right circumstances can be a definite confidence builder and with greater confidence performance improves.
Posted by The Mound of Sound at 12:35 AM

Add religion to it. "God is with you". Then see the results. However, God is the most exploited entity. Look at Bush. God (in his case Dick Cheney) told him to invade Iraq. Humans are programmed in an extremely sophisticated way and we have a long way to go to understand that.

To a lot of folks, religion IS a form of superstition. In the case of Bush however (hearing God's voice to bring war and devastation on a foreign land) religion was a severe mental illness.