America's Disgusting Descent into Its Darkest Past 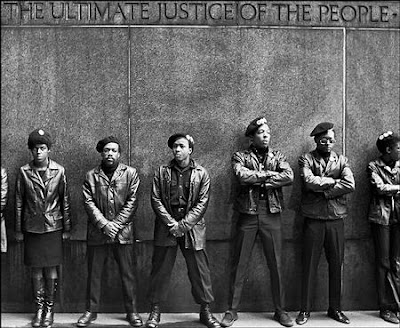 It's happening again. America's radical right is on a racist rampage that could, unless it is checked forcefully and rapidly by their own side, usher in a return to the vilest side of America of the past.

Color of Change is sounding the warning about Tea Party racism reaching into the top echelons of the movement:

"...yesterday, one of the Tea Party's biggest leaders proved the NAACP's point. Mark Williams, the public face of the Tea Party Express, attacked the NAACP as a "racist" organization, and said "they make more money off of race than any slave trader, ever."3,4 He went on to write a blog post implying that Black people don't like to work or think for themselves, that we depend on welfare, and that we want to benefit from White people's tax dollars so we can have a widescreen TV in every room.5 Sadly, we're not exaggerating.

If Tea Party leaders want to have any credibility on race, they need to start by kicking Mark Williams out of their movement. If they refuse, it will be clearer than ever that Tea Party leaders accept and rely on racism as an integral part of their approach to politics.

You can help us take the first step. Please join us in challenging Tea Party leaders to reject Williams' statements and remove him from his position at the Tea Party Express. And please ask your friends and family to do the same. It takes just a moment:

The NAACP was absolutely right in calling out the tea party, and we applaud them for doing so. The NAACP has a history of combating racism and seeking a more just country for all Americans, and their action was a demonstration of that commitment.

The racism we've seen within the Tea Party movement is dangerous — it's the promotion of a hateful agenda under the guise of political empowerment. Forcing the hand of Tea Party leaders is important if we want to prevent bigotry and hate from driving mainstream political conversations, and worse, public policy."

What begins in America oozes north soon enough and with Harper's fundamentalist radical rightwing there'll be plenty of Tea Party sympathizers. There's no room in my Canada, none at all, for this sort of scum.

And our increasingly idiotic cousins south of the line seem startled at the return of the Black Panthers.
Posted by The Mound of Sound at 10:23 AM

Interesting how the Corporate Oligarchy convinces so many ordinary people to blame each other for their current economic woes rather than the Oligarchy.

As for the Tea Party, there's one thing I am curious about. When they hold a black tie event, does the tie go outside the Hood or underneath?