Israel Set to Take Nukes to Sea? Pakistan Nuke Proliferators Back in Business? 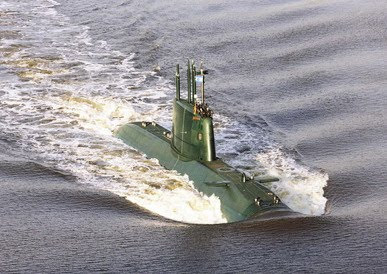 Israel is reported to be preparing to deploy nuclear-armed Dolphin submarines to the Iranian coast.  The Xinhua News Agency and Global Security Newswire say Israel is mating nuclear warheads to its submarine-launched cruise missiles in preparation for the mission.    Germany has supplied three of the subs to Israel and is to deliver two more in the next two years.

"Israel has never spoken about the role of its submarines, whether they are for patrol or attack missions, but internationally they are thought as being part of Israel's deterrence," said Yiftah Shapir, who heads the Military Balance Project at Tel Aviv University's Institute for National Security Studies.

"From my perspective it doesn't matter what their role is. As soon as it's believed to be one or the other then that's what counts," Shapir said.

The United States, meanwhile, is attempting to determine whether proteges of Pakistan nuclear weapons scientists AQ Khan might be going operational again.   The Washington Times quotes US intelligence analysts as saying that a number of countries could be attempting to recruit key members of the former proliferation ring.

"...Khan spent several years under house arrest in Pakistan following the breakup of his operation. Some 50 to 100 members of the smuggling ring never faced criminal charges, though U.S. spy agencies placed these individuals on multiple watch lists and carried out electronic and physical monitoring of those judged to pose the greatest threat. It is these free individuals that are the cause of worry to some U.S. spy officers.

Nonproliferation expert David Albright, head of the Institute for Science and International Security, said issue experts had been concerned for years about the failure to prosecute some smuggling ring associates.


"One of the things that emerged in the prosecution [of the Khan ring] is that these guys don't know any other business," Albright said. "There has been a constant worry that the second and third tier of the Khan network would resume the illicit business of the network."


"So few people were ever prosecuted and you get the sense that this network was never truly disrupted, ripped out root and branch," he added.
Posted by The Mound of Sound at 1:46 PM