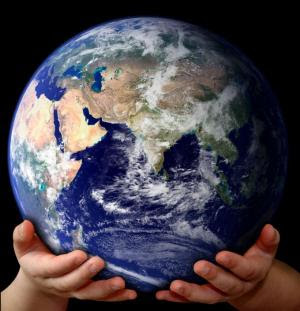 Are you feeling the heat?   You probably had better get used to it, our new environmental reality.

Does that mean we'll never see cold snaps again?   Hardly.  Weather is weather, it fluctuates, but climate change is less volatile, more consistent.    So, hotter it is and it'll keep getting hotter until we mend our ways.

Of course in our global pariah, Canada, the leaders of both major powers see carbon as a medium of exchange, a commodity of international trade, regional and national wealth, and even a key to "national unity."  To them it's all just a matter of cleaning up the filthiest fossil fuel project on earth - eventually, sometime, somehow.  To this pair of cutthroat bastards it's as though paying lip service to Athabasca remediation is the same as accomplishing it, or close enough for government work anyway.  Canada's Bitumen Bert & Ernie don't have much appetite for alternative, clean energy because that doesn't square with their vision of a century of mining, processing and selling tar.

Our Furious Leader, Harper, and his trusty sidekick, Stiffy, are Fossil Fuelers.   They're Climate Changers, Global Warmers and it is indeed that cut and dried.    Targets have been defined, lines have been drawn, and you're either on one side or the other.   Twenty years from now the two of them will be footnotes, entries on lists of the weak, the greedy and the cowardly who had a chance to change things but didn't.  It's too bad they chose Big Oil and the United States over the people of Canada and future generations of Canadians but, by not acting, that's just what they've done.

So hop aboard, strap yourself in and try to enjoy the ride.   While you're kicking back why not take a look at predicted conditions for your area by 2030 and 2050 if we don't mend our ways.   You'll have to dig a bit.   Our government has all that information but doesn't seem to want to share it with us and, curiously enough, the opposition seems just fine with that too.  Other countries, the Brits and Germans for example, get information out to their people so they can see what's coming, so they can get on with the lengthy process of assessing that information, planning and implementing programmes for remediation and adaptation.   Canada's leaders, it seems, don't want you to trouble your gentle mind with that sort of information - because the more you know, the worse they look.
Posted by The Mound of Sound at 7:13 AM

Hmmmm!! They just don't give a dam plain and simple. Or, perhaps the government has information that would set Canada into chaos if we knew about it since we have such gentle minds....smile!!

Between this post and your latest, MoS-- Israelies' raze whole villages of their own Bedouin citizens, (they don't even have a refugee or prison camp, or a tent or a so-called country, to call their own...)I'm not enjoying the ride so much as observing and trying to, well, agitate. Keep all things in the public eye. It does no good to white-wash anything and you do justice to the facts. LK

To Anon 8:45, I'm convinced Harper is determined that this information not be disseminated by the federal bureaucracy to the Canadian public. Harper has the public service, especially Environment Canada, very tightly controlled, even gagged. That might change if the opposition really went after him on it and kept bashing away but they won't. Lord knows I wrote to Iggy about this long ago and all I got back was a load of hogwash.

And LK, thanks for your kind words and keep up your good works. Yes, agitate, inform, whenever you can. No one in our leadership is going to do it.