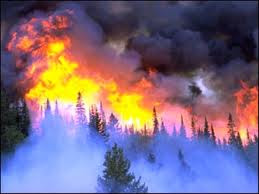 Los Alamos nuclear weapons facility dodged a bullet a couple of weeks back after it had been threatened by wildfires sweeping the area.   Now the same facility is threatened by floods.  That's right, flooding triggered by the "huge, Las Conchas wildfire."

The fire burned only one acre of lab property but did burn off vegetation in two canyons upstream. Heavy runoff from monsoon storms is expected to cause flash-flooding over the summer.


While I'm posting enviro pix here's a couple more you might find interesting.  In Africa, drought has spawned a plague of wildfires such as these west of Lake Tanganyika seen from space: 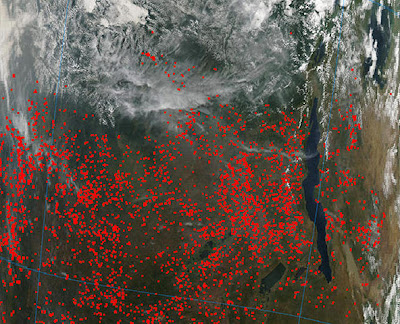 And this one is really neat, sort of.  It shows the 63 km. track (the brown line) of a tornado that recently swept through Massachusetts, again taken from space: 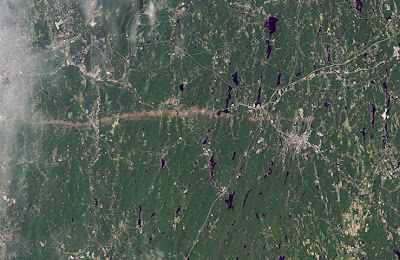