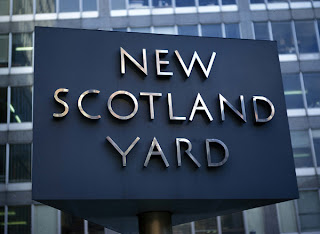 It may take Scotland Yard years to notify all the victims of the Murdoch crews' "industrial strength" phone hacking operation.  An eye opening article in The New York Times claims that Scotland Yard just sat on "six overstuffed plastic bags" of evidence.

Inside was a treasure-trove of evidence: 11,000 pages of handwritten notes listing nearly 4,000 celebrities, politicians, sports stars, police officials and crime victims whose phones may have been hacked by The News of the World, a now defunct British tabloid newspaper.

The Metropolitan Police Service had evidence of 4,000 likely victims and yet it sat on it, notifying just a handful and most of them only when they inquired.


During that same time, senior Scotland Yard officials assured Parliament, judges, lawyers, potential hacking victims, the news media and the public that there was no evidence of widespread hacking by the tabloid. They steadfastly maintained that their original inquiry, which led to the conviction of one reporter and one private investigator, had put an end to what they called an isolated incident.

...At best, former Scotland Yard senior officers acknowledged in interviews, the police have been lazy, incompetent and too cozy with the people they should have regarded as suspects. At worst, they said, some officers might be guilty of crimes themselves.

Members of Parliament said in interviews that they were troubled by a “revolving door” between the police and News International, which included a former top editor at The News of the World at the time of the hacking who went on to work as a media strategist for Scotland Yard.


On Friday, The New York Times learned that the former editor, Neil Wallis, was reporting back to News International while he was working for the police on the hacking case.

...“This is stunning,” a senior Scotland Yard official who retired within the past few years said when informed about Mr. Wallis’s secret dual role. “It appears to be collusion. It has left a terrible odor around the Yard.”