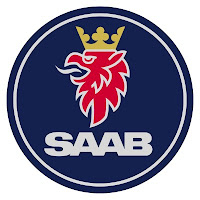 Venerable Swedish car maker, SAAB, is all but officially kaput.  It's all about SAAB's suspensions.  First it suspended payments to its suppliers.   Then it suspended production.   Now it's suspended paycheques due to its employees.

The problem was a dismal sales performance.  Industry analysts figured SAAB needed 120,000 units in sales just to break even but sold only 30,000 cars last year.

There's a lot of fingers being pointed at General Motors which owned SAAB for 20-years.   It's said that GM basically ran SAAB into the ground.  Quelle surprise!
Posted by The Mound of Sound at 11:24 AM

Email ThisBlogThis!Share to TwitterShare to FacebookShare to Pinterest
Labels: SAAB