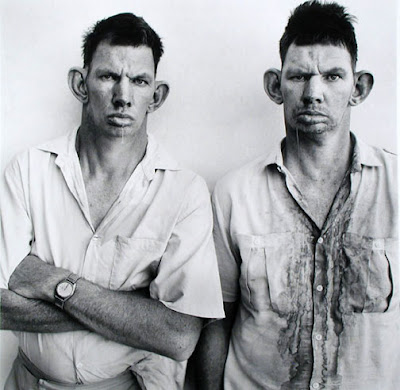 Steve Harper has some curious thoughts.   Not a lot of them, admittedly, and what there are tend to be astonishingly shallow and always just a bit quirky.  That certainly comes through from the maladjusted freaks and lunatics Steve has packed into the Senate apparently for his personal amusement.

PostMedia's Sue Riley has done an excellent job in her latest op-ed piece, "Gloves are off in the war against the greens", in which she chronicles how Harper has unleashed his flea-bitten attack dogs against Canadian environmentalists.

"At a recent meeting of a Senate committee examining foreeign contributions to Canadian charities, Conservative Senator Percy Mockler described some respected environmental organizations - including the Sierra Club and David Suzuki foundations - as 'bad, not to mention ugly.'  ('They're all anti-Canadian' chimed in Conservative Senator Mike Duffy.)"

Senator Don Plett queried whether the environmental movement would accept funding from anyone.  "Would they take money from al-Qaeda, the Hamas, or the Taliban?"

Anything that stands in the way of the Tar Sands, notes Ms. Riley, is to be denounced and demonized, something entirely suitable for Harper's handpicked Senatorial swine.   She concludes by aptly summing up our Senate's Team Harper.

"There is a lunatic fringe, of course, anti-Canadian zealots unconcerned how many jobs are shipped offshore or how much we poison the planet.  They fiercely defend foreign oil companies' right to exploit our resources without limits or conditions.

"You won't find them at clandestine gatherings of green extremists, however.

"They sit in the Senate of Canada."
Posted by The Mound of Sound at 8:02 AM

So much for Harper's definition of "sober second thought."

Throughout time there've been senators who could not be described as sober, or thoughtful enough to think originally, let alone critically.

Owen, I can't imagine anything Harper would abide less than "sober second thought." The most authoritarian leader perhaps in our country's history doesn't tolerate independent thinking from anyone.

No matter what Susan Rileay says now, when there was still a choice, she "did not like" Ignatieff and could not see that ANY alternative was better than Harper, so she, like so many other doubters, deserves all she is getting. Enjoy!

Yours, ij, is the sort of meatheaded Liberal thinking that carried the party from Sussex Drive to Stornoway to Motel 6. Sue Riley didn't defeat Ignatieff, he did that by himself (with a bit of help from Jack Layton). The IgLibs earned third place and they're going to have to earn their way back. From what I've seen, they've got a long and rocky road ahead. Enjoy!

Anyone with a grain of intelligence is allowed to change their mind especially when it envolves an exposure regarding far right fundamentlists and their attempt to turn back the hands of time re: reopening abortion on again issue. They would delight in returning to the middle ages where women were forced to wear chasity belts. I agree with MOS, the Liberals landed themselves where they are. It is our job no matter what brand of government we wish to employ, to see to it that the government of the day lives up to our constitution and keeps the heart of the country in mind at all times. That means if I am a card carrying, money supporting Liberal, I make sure they do what benefits the country and my children. Good for Sue Riley...we have to keep "second sober thought".

That includes fiddleing with the environment as well.