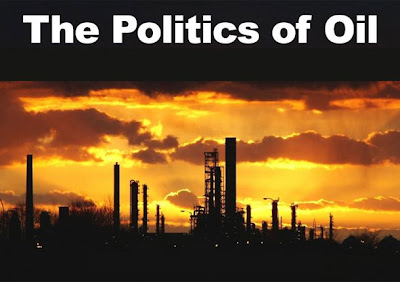 This is directed mainly at the Conservatives but it applies to the Libs too.   Tar Sands boosters, which includes most of our MPs on both sides of the floor of the Commons, routinely cite bitumen as vital to the Canadian economy.   Former Liberal leader Michael Ignatieff referred to the Tar Sands as the "beating heart of the Canadian economy" throughout the 21st century.

What then is this "beating heart" and what would Canada and the Canadian people be without it?

If there was ever a case of going for the low-hanging fruit, petroleum extraction is it.   Nobody has to create the resource or nurture or defend it.   Nature and circumstance created it millions of years ago in various spots around the world, some that are now deep beneath the seas.   So we don't get any credit for creating the resource.

We don't get any credit for discovering it either.   Long before Euros got here, native Americans were using the stuff to waterproof their canoes.   It was right there on the surface.   We did work out ways of extracting and upgrading it but that hardly ranks up there with mapping the human genome.   And, besides, a lot of that wasn't even done by Canadians but by Big Oil.

It doesn't help that this "beating heart" comes with potentially defective valves.   Things like direct and indirect carbon emissions, consumption and contamination of surface and groundwater resources, deferred costs and subsidies and a host of unresolved and potentially unresolvable environmental impacts.

In fact, it's unclear that the Tar Sands are even that beneficial to anyone except the multinationals that exploit them and their foreign customers.   Put a realistic price on Tar Sands carbon emissions (direct and indirect) and on the water used and toxic waste water accumulated and on the general environmental contamination and costs of genuine reclamation and factor in the costs of bitumen pipeline spills and, worst of all, a tanker catastrophe or two on the British Columbia coast and the bottom line, especially for Canada, sinks to the seabed.   It's only by keeping these costs off the books, by ignoring freebee giveaways, subsidies, deferrals and never-never indulgences that the Tar Sands can be made to look particularly lucrative.

If the Tar Sands, laid bare, are a marginal proposition at best, a beating but diseased heart, what about the rest of the Canadian economy?   What about the "Dutch Disease" that even researchers hired by the Harper government had to acknowledge as real?   We're already skimming the take on the Tar Sands but what of the negative impacts bitumen inflicts on the rest of the economy?  Our government and Alberta's dismiss that as nonsense but it's not a problem they can dare admit without putting their own necks on the Headsman's block.

It may not be until an environmental catastrophe hits the BC coast or the MacKenzie watershed (the world's third largest), and until the massive deferred costs go unmet and the Alberta government winds up, yet again, destitute that we come to realize that Athabasca's Black Gold was actually Fool's Gold and that we were very deliberately, meticulously Conned.   Where will we be then?  What will we be?  I expect we'll be a deeply fractured society in no end of trouble at the very moment we and the rest of the world will be facing turbulent change.  And that seems to be the future ordained for us by the Petro-Pols of Parliament Hill.

Maybe there's another strain of "Dutch Disease" - one that targets political leadership.   Why work formulating complex, time-consuming and even politically risky policies and measures to give your public the education and skills required for the future and to stimulate long-term economic activity beneficial to the nation when you can simply invite foreigners in to mine your lands in exchange for modest royalty handouts?  And why not keep real costs and impacts off the books when that pimps up the bottom line for  both the resource giants and their political beneficiaries?  And, besides, all those deferred costs and consequences will be kicked well down the road for distant leaders to confront.

Maybe it's not that Ottawa sees Canadians as useless as much as they see us as profoundly stupid.   And maybe we should start seeing them as profoundly lazy and criminally self-serving betrayers of the public trust.
Posted by The Mound of Sound at 8:14 AM

And the tar sands being a mining operation will eventually run out of resources or the economic factors will make them redundant and Fort Mac will become another Uranium City. The gung ho future of Alberta.

We are only valued as "Consumers"; not as citizens, and recently, not even as voters.

So, I propose we stop consuming. Moneyless Mondays. AND, just for fun, take a whack of cash out of the bank. Then, Spendless Sundays and Saving Saturdays. Once the businesses realize where their bread and butter comes from, maybe they'll know which group they should be supporting....
sm

Interesting thoughts, Anon. Some time ago I sought to get the Council of Canadians, the Public Service Alliance, and a number of other labour organizations to support a registry for members to nominate local businesses that were particularly progressive and environmentally conscious. The idea was to fuel change by promoting sales at businesses that most closely reflected their customers' interests and values. Unfortunately none of the organizations I contacted, while supposedly supportive, was willing to back the initiative in any meaningful way.

A fantastic article.. a real gem. I believe articles such as this are like flashlights, searchlights.. or even lighthouses.. They cut through darkness, shine the light on what we need to know, or be aware of .. a salvo, say of about 100 similar articles.. might embolden another 100.. or even more. It could - even - get - twittering .. trending

Somewhere in your well painted scenario and analysis is 'a black swan event' .. the kind that topples governments and blackens careers... and guarantees an infamous Wikipedia entry.. in a not at all respectful way...

Is it poisoned water seeping downstream from tar ands tailings 'ponds'.. Will it be militant First Nations massing in the boreal, the rainforest.. and the coast ? Will it be a sudden desertion or leak or affidavit regarding live and robo electoral grooming & fraud? Or inherent electoral mistrust of evangelicals, revelations mixed with overly expressed Zionism ? Will it be a collapse of the west coast fisheries mimicking the loss of our east coast fishery ? Who sent a severed foot to the Harper Party headquarters ? Sounds like something from The Godfather ...

I like where your article takes the reader... it suggests 'natural consequences' will come to pass.. as they always do.

The eyes of Canada are on Alberta and British Columbia .. and yes, on the rest of the provinces and territories.. .. and its really good if we study Ottawa very carefully right now.. If this government is not aware of, attentive & responsible to, its electors, constituents, citizens.. and values.. it will be painful... The heartbeat thing ... you nailed it .. and nothing glowing in Ottawa.. that be for sure ...

I agree with anon, and also suggest leaving the banks for a credit union.

Here in BC, the BC "Liberal" party is spouting off that they are the only ones willing to stand up for BC, because the federal NDP doesn't like the idea of selling off raw resources as fast as possible. Christy Clark is a terrible premiere and thinks we're all stupid.

this is the article I was referring to. http://governmentcaucus.bc.ca/news/bc-liberals-stand-up-for-b-c-ask-bc-ndp-to-join-them/