Legislating Against Sea Level Rise - What Crazy People Do in Government 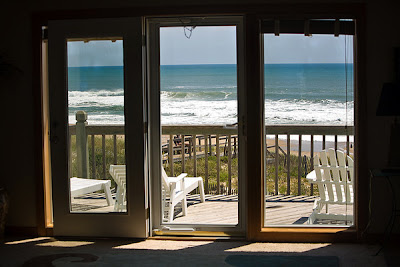 North Carolina is firmly Republican and its legislature is just as firmly crazy.   Crazy as in detached from reality, liberated from reason, unhinged.  From Scientific American:

"...the meter or so of sea level rise predicted for the NC Coastal Resources Commission by a state-appointed board of scientists is extremely inconvenient for counties along the coast. So the NC-20 types have decided that we can escape sea level rise – in North Carolina, anyhow – by making it against the law.


Here’s a link to the circulated Replacement House Bill 819. The key language is in section 2, paragraph e, talking about rates of sea level rise: “These rates shall only be determined using historical data, and these data shall be limited to the time period following the year 1900. Rates of seas-level rise may be extrapolated linearly. …” It goes on, but there’s the core: North Carolina legislators have decided that the way to make exponential increases in sea level rise – caused by those inconvenient feedback loops we keep hearing about from scientists – go away is to make it against the law to extrapolate exponential; we can only extrapolate along a line predicted by previous sea level rises.

So, even if the state's scientific advisors and coastal commission turn out to be right on the money, it doesn't matter.   The government has decreed that sea level rise in North Carolina by 2100 will be a maximum of 8-inches - or else.  Who are you lookin' at, boy?
Posted by The Mound of Sound at 1:48 PM

OMG, don't let harper see this. Take it down, now, and destroy all the links. This is absolutely how greenhouse gas emissions and tar pond reclamations will be "measured" if he gets wind of it.

You don't have to be stupid to live in North Carolina, but it helps.

I can only think of one good thing North Carolina has given the world, Arthel "Doc" Watson, may he be picking heavenly music now backed up by his son Merle and angels on lyres!

My first thought was of King Canute commanding the tide not to come in.
Even so I am reminded that briefings in the House run more along lines of minimizing co2 effects re: temperature. That I am a lot more comfortable with : seeing things along the lines of economic warfare and self imposed sanctions victimizing the gullible while providing a wonderful source of tax for UN bureaucracy and a market in trading carbon shares - an illusion.
I tend to go overboard tracking the climate change conspiracy - but impartial scientific pronouncements do not come from an international agency lambasting the normal function of scientific method...controversy and discussion...with a political meme framing discussion to a strawman bipolar possibility.
http://fabiusmaximus.wordpress.com/2010/06/27/18115/