Is Harper Giving British Columbia Real Cause to Secede? 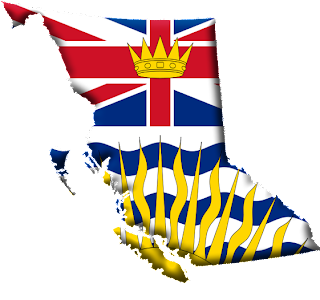 Some weeks ago Conservative senator Mike Duffy dismissed opponents of the Northern Gateway bitumen pipeline as "anti-Canadian."   The more  I think about it, he may just have a point.

If Ottawa breaches its fundamental duties of care owed the province and people of British Columbia in respect of our coast, our coastal waters and our marine habitat and fisheries on what basis should we consider ourselves bound to remain within Confederation?   The deal is breached, repudiated, torn up and trampled underfoot by Ottawa itself.

This is all hypothetical now but it may not be for long.   That all may change when Harper begins tossing otherwise law-abiding British Columbians by the hundreds, perhaps even thousands, into his jails for civil disobedience.   Each of those victims of Harper's rampage will have family and friends and colleagues, many of whom will not stand for a crackdown.   What happens when they join ranks?

And bear in mind when this dissent does erupt there won't be a rightwing government in Victoria either.  No, the next British Columbia government is already on record as firmly, in fact unanimously, opposed to this supertanker madness.
Posted by The Mound of Sound at 1:23 PM

Yep. Could quite easily happen.

I propose we give provinces east of the Alberta border the option of joining in right through the maritimes. Then demand that Alberta dig itself up and remove itself to Texas while we build an inland sea where the mess we call Alberta used to be.

I sure hope you're right about the next BC Election, but I can't trust the people of BC to wake up. There was plenty of warning before the last election and they didn't pay any attention.

Oh my goodness!! The Cons are forwarding looking after all. They'll need all those new jails to jail the protesters from B.C. He-he-he!!

I think this is relevant to your thoughts. http://www.cascadianow.org/