How Many Canadian Soldiers Have Been "Pulped"? 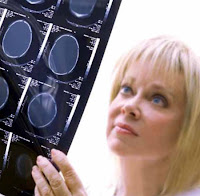 Among soldiers there's a slang word for it, "pulped."  It's used to describe the brain injury sustained from exposure to improvised explosive device blasts.

Now there's a medical acronym for pulped, "CTE" or Chronic Traumatic Encephalopathy.   And it's estimated that one in five US veterans of the wars in Iraq and Afghanistan may have it.

Whereas PTSD is a mental illness, marked by unwelcome flashbacks and anguish, CTE is a progressive neurodegerative brain disorder characterized by abnormal protein deposits that eventually kill brain cells and thus cause cognitive declines, including loss of memory and the ability to learn as well as depression.

These researchers say they have demonstrated that exposure to a single blast equivalent to that generated by a typical improvised explosive device (IED) can result in CTE and long-term brain impairments that accompany the disease. The research, published online Wednesday in Science Translational Medicine, also indicates that soldiers are injured by more than just the initial shock wave of very high air pressure following a blast. An IED's secondary "blast wind," a huge volume of displaced air flooding at high pressure back into the vacuum, can also damage the brain and lead to long-term consequences such as CTE. The blast wind created by an IED can reach a velocity of more than 530 kilometers per hour. Winds from a category 5 hurricane (the most severe), by comparison, reach about 250 kilometers per hour.


For their study, the researchers analyzed postmortem brain tissue from four military service members who were known to have been injured by a blast or had a concussive injury. The scientists compared that tissue with brain tissue samples from three young amateur American football players and a professional wrestler, all of whom had a history of repetitive concussive injury, and with four samples from comparably aged control subjects with no history of blast exposure, concussive injury or neurological disease. The signs of CTE (which can only be diagnosed postmortem) in the brains of blast-exposed military veterans were indistinguishable from those found in the deceased athletes.

But here's the rub.   A soldier can't prove he or she has CTE.  That can only be confirmed through an autopsy.   And once wars are over, particularly if they don't end in stunning victories, messed up veterans really don't hold much residual interest for the political classes.   This sort of thing is more likely to wind up as a law enforcement/criminal justice problem.   Don't believe me?   Ask anyone from the family of a disabled veteran.
Posted by The Mound of Sound at 9:49 AM

Email ThisBlogThis!Share to TwitterShare to FacebookShare to Pinterest
Labels: CTE