Will a Vancouver Island Company Save the Buffalo? 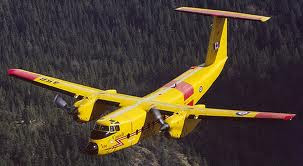 It's been 23-years since the last de Havilland Twin Otter rolled out of the company's plant in Ontario.   But a fine Canadian airplane isn't that easy to kill off and they're still coming off the production line at Viking Air of Victoria, B.C.

When de Havilland stopped production on the Beaver, Otter, Twin Otter, Caribou and Buffalo aircraft, Viking bought the type certificates for the entire DHC-1 to DHC-7 line from Bombardier.  The company is now working on number 17 of 80-Twin Otter orders it has already booked.

Now Viking is hoping to bring back another De Havilland classic, the DHC-5 Buffalo, the Buffalo NG (next generation), to become the RCAF's next search and rescue aircraft.

Similar to Twin Otters, Buffalo aircraft are known as work horses. They are renowned for their ability to handle short take off and landings, useful in emergency situations. A Buffalo can carry a payload of 18,000 pounds and has a rear ramp, allowing vehicles to drive inside, Mauracher said. It can also accommodate NATO-size metal palettes to transport cargo.

He expects manufacturing would take place in Canada. "Right now all our employment is in Canada.

Everything we do is in Canada. I don't see that changing," Mauracher said. "Until we see what comes out, it's kind of hard to say which way we are going to go with our proposal but right now everything we do is all Canadian-based."

The old Buffalo/Caribou in its yellow and red SAR livery is a common sight flying over Vancouver Island.   That it's still in regular service is a testament to its ruggedness and fitness for the at times difficult search and rescue role.
Anyone in doubt about just how good the vintage de Havilland designs remain need only look into buying the single-engine DHC-2 Beaver that remains the backbone of bush flying from Oregon to Alaska.  They fetch between $300,000 to $700,000 a copy.
Posted by The Mound of Sound at 9:02 AM

hi Mound...I sure hope Viking is successful because I love what they're doing. Those De Havilland aircraft are such a big part of our history. When I spent four months in Vancouver taking a course, one of my great pleasures was biking to Ferguson Point at the tip of Stanley Park and watching some of those classic bush planes come in to land.
I could close my eyes, and listen to the sound of a Beaver throttling down, and it was heavenly. But then so was the Helijet ride to Victoria on a beautiful summer morning when Mount Baker was emerging from the mist in all its glory. *Sigh.* British Columbia, a great place to fly...