Canadian Navy's Pacific Fleet Out of Service, Waiting for Repairs 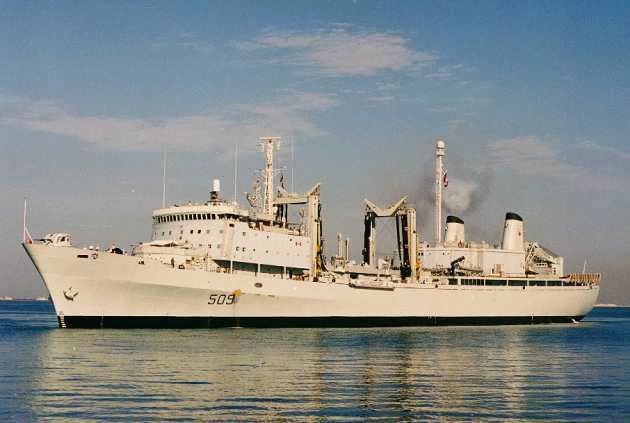 The Royal Canadian Navy's one and only supply ship for Pacific operations is awaiting a tow into the U.S. naval base at Pearl Harbor, Hawaii.  According to the Times Colonist, HMCS Protecteur is currently drifting off Hawaii following a fire in the ship's engine room overnight.  The ship is believed to be about 700 kms. north of Oahu.

Commodore Bob Auchterlonie, commander of Canadian Fleet Pacific, applauded the actions of sailors who raced to put out the fire. “They saved the ship last night and they saved their shipmates,” Auchterlonie said Friday. “We’ve seen incidents like this around the globe and they’ve ended much worse than this. The fact . . . they got the fire under control, put it out, and secured the ship with only minor injuries on board is a testament to their training and professionalism.”

The fire caused extensive damage to Protecteur’s main engine room. “Picture an elementary school gymnasium about three storeys high filled with machinery, engines, and a lot of moving parts on fire in the middle of the ocean,” he said. “It took some time to get that fire out.”

Onboard were 279 crew, along with 17 family members ages 14 to 73, and two civilian contractors. It’s a popular practice for family to join service members for the last part of a journey after a ship has been on an extended mission. “The idea behind it is they’re seeing what life is like in a ship,” Auchterlonie said. “Last night, they experienced more life on a ship than they probably wanted to experience again.”

Auchterlonie said about 20 people suffered minor injuries while fighting the fire. “There was dehydration, there was exhaustion, there was smoke inhalation, and that’s what the nature of the injuries were,” he said. “Fortunately, we have a doctor on board, we have physician assistance on board, and we’re aware all these people have been treated.”

Oh well, I suppose most Canadians wouldn't mind getting waylaid to Hawaii right about now.  Word is the prime minister is deeply upset because this will dampen his plans to stage a naval blockade of the Russian fleet at Sevastopol.
Posted by The Mound of Sound at 12:38 PM

Maybe those submarines weren't so bad after all.

Thank goodness Protecteur didn't join them beneath the waves.

Actually, the first problem happened on the surface. A wave went in the open conning tower, shorted the electronics and started a fire. A opportunist political party, a lazy and sensationalist press and a dishonest military lobby deflected the blame away from the crew's poor decision and onto the Brits- who were blameless. Driving the sub into the sea bed ( who knew what that guage meant) was hardly the fault of the sub and getting an ouchie from another
boat were probably not accounted for in the subs design.

The real problem id that Canada needs subs about as much as I need one to get to the beer store. They are bathtub toys bought by a government that just wanted the officer class to shut up