Is This How the Senate Whitewash Begins? 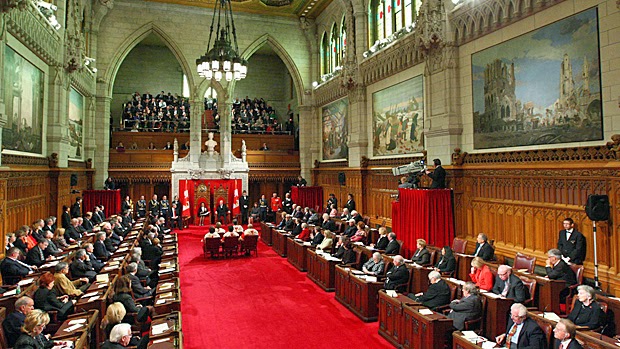 Duffy, Wallin and Brazeau turfed out in disgrace by a gaggle of Tory senators who had expense skeletons in their own closets to conceal.  Word from Ottawa is that there are plenty of other senators in the same boat on housing expenses, perhaps two to three dozen, who all voted as they were directed by the prime minister to rid him of his three senatorial embarrassments.

As if in contemplation of the damaging - and damning - audit reports looming before the Red Chamber and the prime minister's office, today we saw the conveniently-timed release of a second audit firm letter attesting to a woeful lack of clarity in Senate spending rules.

The outside auditors whom the Senate routinely uses to review its spending have concluded that expense rules aren’t clear, meaning the Senate is at risk of approving inappropriate housing expenses for some members.

That conclusion is contained in a letter from KPMG seen by The Ottawa Citizen. The letter cites the issue as a “significant deficiency.”

“That has been my contention all along and I’m not surprised,” Brazeau said of the details of the KPMG letter. “The Senate (committee) of internal economy has much to hide.”

The chairwoman of the audit subcommittee, Sen. Beth Marshall, said the Senate agreed with all the recommendations.

It does make you wonder why Mr. Harper was so obsessed with getting Duffy, Wallin and Brazeau turfed without so much as a hearing?  Could it be he just wanted the lid slammed and nailed down before he might face any more awkward questions atop the many he was already ducking?  Harper needed these three crucified before the Conservative convention.

Some in Ottawa are wondering what Harper plans to do with a few dozen more senatorial malefactors?  Is he going to demand they too be tossed?  No, of course not.  They'll all fall back on this whitewash about confusion in the Senate rules, get out their chequebooks, and slither on.