On My, Don't They Love the Nanny State Now. 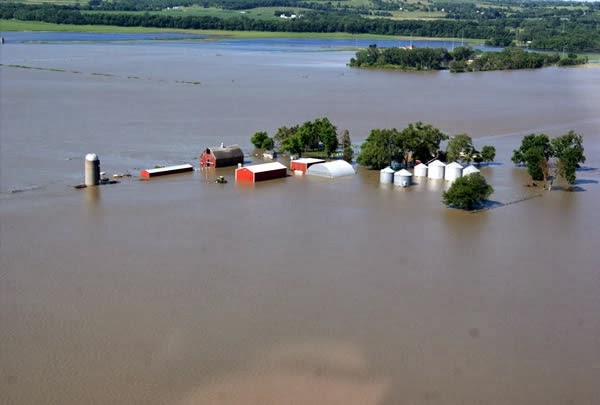 Americans from the "Heartland" pride themselves in being fiercely independent, self-reliant folks who'll have no truck with lefties and their Nanny State socialism but that seems to fly out the window when there is money to be had.

A class action lawsuit has been organized against the federal government on behalf of Missouri River flood victims for damages under the Fifth Amendment, the tail end of which provides that, "private property [shall not] be taken for public use, without just compensation."

Their case contends that, by not preventing their lands from being flooded, the feds are essentially taking that property and, hence, owe the landholders compensation.

Lawyer Seth Wright, representing the plantiffs, put it this way:   “The claims will be based on the fact that something has changed, and this river is different.”   Yes, indeed, Seth, something has changed.  It's called the climate and farmers are major contributors to the greenhouse gas emissions driving it.  So before you help yourself to a dollar from the collection box, be sure to put a few bucks in to cover your share.