First Nations Man the Front Trench in Our Fight For Canada 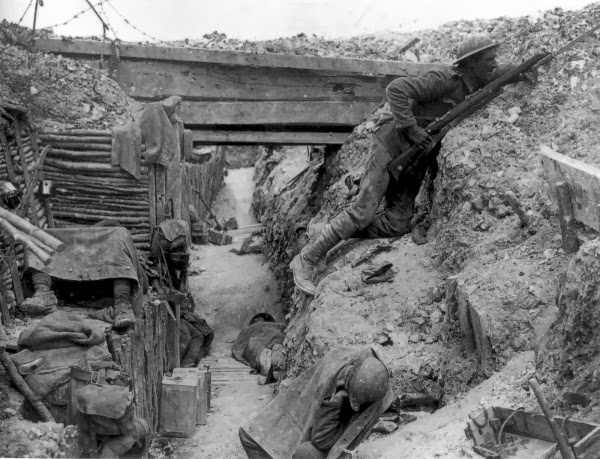 We should all be immensely proud and grateful for the intervention of Canada's First Nations in the fight to defend our country from environmental degradation, even catastrophe.  They're leading our fight, make no mistake about that.  The rest of us are the supporting actors in this one but that doesn't diminish the role we still have to play.

Canada's Ministry of Aboriginal Affairs seems to have been transformed into something of an intelligence agency supporting government efforts opposed by First Nations.  This sort of perversion of government agencies is Harper's stock in trade.  From The Guardian:

Since 2008, the Ministry of Aboriginal Affairs has run a risk management program to evaluate and respond to “significant risks” to its agenda, including assertions of treaty rights, the rising expectations of aboriginal peoples, and new legal precedents at odds with the government’s policies.

Yearly government reports obtained by the Guardian predict that the failure to manage the risks could result in more “adversarial relations” with aboriginal peoples, “public outcry and negative international attention,” and “economic development projects [being] delayed.”

“There is a risk that the legal landscape can undermine the ability of the department to move forward in its policy agenda,” one Aboriginal Affairs’ report says. “There is a tension between the rights-based agenda of Aboriginal groups and the non-rights based policy approaches” of the federal government.

The Conservative government is planning in the next ten years to attract $650 billion of investment to mining, forestry, gas and oil projects, much of it on or near traditional aboriginal lands.

Critics say the government is determined to evade Supreme Court rulings that recognize aboriginal peoples’ rights to a decision-making role in, even in some cases jurisdiction over, resource development in large areas of the country.

Remember, Harper is waging this subterfuge on them in our name, your name, in the name of our country.

Troy Thomas sent me this link yesterday.  It's a way that you or I can ease into this fight, take that first step to push back against Harper and his thuggish friends and you can start by just sending a donation.  Harper doesn't believe he and his cronies need social licence to commit outrages like the Northern Gateway and we need to make it clear that he does.