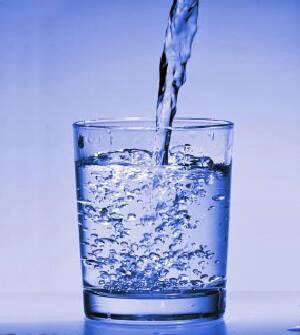 In a lot of circles Canada's Maude Barlow is the world's foremost voice on our planet's rapidly growing freshwater crisis.  This week the Council of Canadians chair issued a plea to governments around the world to make water and the protection of the resource  their core legislative priority.

Humanity is polluting, mismanaging, and displacing our finite freshwater sources at an alarming rate. Since 1990, half the rivers in China have disappeared. The Ogallala Aquifer that supplies the U.S. breadbasket will be gone “in our lifetime,” the U.S. Department of Agriculture says.

By 2030, global demand for water will outstrip supply by 40 percent, a surefire recipe for great suffering. Five hundred scientists recently told UN Secretary General Ban Ki-moon that our collective abuse of water has caused the planet to enter “a new geologic age” and that the majority of the planet’s population lives within 31 miles of an endangered water source.

What would farm policy look like if we understood that the global food system is depleting local watersheds through the export of a torrent of “virtual water”? Vast quantities of water are embedded in apples, corn, and other crops.

How would trade policy change if we understood that global trade deals give global firms the right to claim “ownership” of the water they use in other countries?

Would our energy policies change if we realized that water-guzzling biofuels may be more environmentally dangerous than the fossil fuels they’re supposed to replace?

Barlow offers a four part platform for water reform.  First is recognition of water as a human right that must be more equitably shared.  Second, acknowledgement of water as a common heritage of humanity that must never be allowed to be bought, sold, hoarded or commodified.  Third, acceptance that water belongs to the Earth and must be shared with other species so that we can safeguard biodiversity without which we simply won't last long.  Fourth, recognition that while water can spark conflict, if managed equitably it can demonstrate that there are approaches that can defuse or resolve conflict.
Posted by The Mound of Sound at 9:05 AM