Karzai Says - We Were Only In It For Ourselves 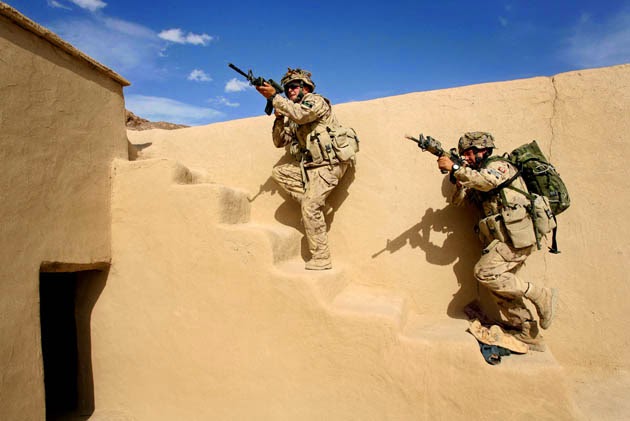 I don't like Hamid Karzai but he might have a point when he complains that our Afghan War wasn't waged on behalf of Afghanistan but for our interests, not his country's.  Then again I'm not that sure it was fought for our interests either.  What did we get out of it?  It seems like it was more just a murderous game of "Whack-a-Mole" or at least it became that after Bush/Cheney lost interest in al Qaeda and moved on to play in the sandbox of Iraq.

"Afghans died in a war that's not ours,' Karzai said in the interview published on Sunday, just a month before an election to pick his successor.

He was quoted as saying he was certain the 12-year-old war, America's longest and launched after the attacks of Sept. 11, 2001, was "for the U.S. security and for the Western interest."

...the Afghan leader said he was deeply troubled by the war's casualties, including those in U.S. military operations, and felt betrayed by what he described as an insufficient U.S. focus on going after Taliban sanctuaries in Pakistan rather than in Afghan villages.

Civilian casualties in Afghanistan dissipated his country's "common cause" with the United States, Karzai told the newspaper.

The Post said Karzai told his interviewers as he escorted them out of his office on Saturday night: "To the American people, give them my best wishes and my gratitude. To the U.S. government, give them my anger, my extreme anger."

A good deal of the blame does lie with us.  We never established a coherent narrative for our Afghan War.  As 'victory' became increasingly elusive we kept moving the goal posts.  We kept watering down our objectives.  The war we left was not the war we went in to fight and win.  Context went out the window.  We may have had, as Karzai claims, 'interests' going in but we had damned few interests left at the end other than getting to hell out.
Posted by The Mound of Sound at 11:22 AM

Hi Richard. Sorry about that. I spotted this story on the Reuters feed. It's made the rounds now.