No, This Can't Be Possible. Could Japan Actually Rescind Its Apology to Wartime 'Comfort Women'? 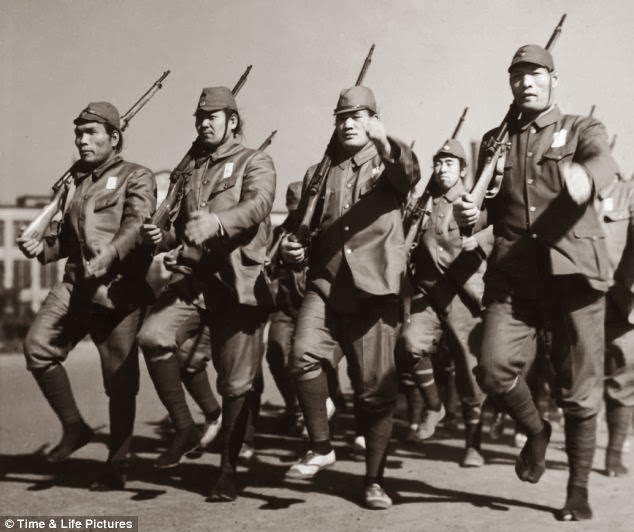 One of several dark stains on the honour of Japan was its practice, during WWII, of impressing foreign women, mainly Korean, into sex slavery to serve Japanese soldiers.  They were called 'Comfort Women' or, in Japanese, Kanji.  Somewhere between 20,000 to 400,000 Korean, Chinese and Philippino women were subjected to sexual slavery.

For the past two decades, Japan has officially recognised its role in coercing the women into sexual slavery. But last week, the conservative administration of Shinzo Abe said it would re-examine an apology issued to former sex slaves in 1993 by the then chief cabinet secretary, Yohei Kono.
The findings could be reflected in a report Abe is expected to release next year to mark the 70th anniversary of the end of the second world war.

Japan's resurgent right wing, with Abe at its apex, says there was no official involvement by the wartime Japanese government or military in rounding up women and forcing them into sexual slavery. Instead, it claims the women were willing prostitutes, hired by brokers who took advantage of wartime demand to make easy money.

"The testimonies of comfort women were taken on the understanding that they would take place behind closed doors," the chief cabinet secretary, Yoshihide Suga, said. "The government will consider whether there can be a revision."
Posted by The Mound of Sound at 7:05 AM

"Comfort women? Never heard of 'em. There never was any Greater Asia Co-Prosperity Sphere. Pearl Harbour? Rape of Nanking? Pure libel. World War 2? Never happened, though the Americans did obliterate our cities for no reason at all..." said every conservative Japanese pol since 1945...

The worst part, Neil, is that we allowed successive Japanese governments to get away with that.

The worst part, Neil, is that we allowed successive Japanese governments to get away with that.