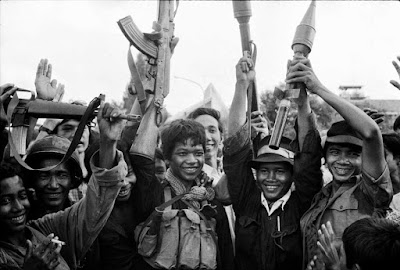 This could be a transformative year for the Republicans. Their tax deal passed, many Congressional Repugs are hitting the silk, bailing out, just as Joy Reid foretold before Christmas. As Reid said at the time, they've done their dirty work for the oligarchs and they're "cashing out."

In a city obsessed with "Fire and Fury" and Oprah Winfrey, Rep. Ed Royce, the 66-year-old Republican chairman of the House Foreign Affairs Committee, made no waves on Monday when he announced that he would not seek another term in his Southern California district after 25 years in office.

But in the real political world — the one that writes the nation's laws and has to work with the administration of President Donald Trump — Royce's decision was a potent sign of three crucial facts:
Republicans are increasingly worried that they could lose the House in the 2018 midterm elections and many think they are getting out while the getting is still good;
They have reason to worry, especially about the House, and especially since a series of prominent retirements can further hurt the party's chances in the fall and;
No matter what happens in November, a more militant rump parliament of younger Freedom Caucus radicals will have much more clout in what's left of the GOP ranks in the House.
...

Whether the GOP keeps the majority or loses it, the departure of this GOP chairman and others will leave a new brand of Republicans in the House: less traditional, more confrontational, less respectful of Washington and closer to the Tea Party of 2010.

"The House GOP leadership that is now in place is hardly a bunch of moderates," [Norm] Ornstein said. "But they tend to want to work within the rules and the institutions that exist. That is not going to be a true for those who succeed them after this year."

Perhaps having such black-and-white choices with an even more reactionary Republican Party will help focus the mind of the American electorate, Mound, given their tendency to see things in absolutist terms.

Anon, it's pointless to respond to your bizarre comments. You see neoconservatism and neoliberalism in some sort of juxtaposition. One is not the flip side of the other. There's nothing particularly liberal in neoliberalism and it would help if you understood the distinction instead of grasping at facile interpretations.

While you're at it, do a bit of reading to brush up on progressivism. It's not what Trump is offering, not remotely.

Until you understand these political-economic concepts your remarks must remain gibberish.


You may be right, Lorne, but I'm not optimistic. I wonder if societies today are not forging the identities they will carry through the tough times over the rest of this century. Could we be heading for a return to barbarism? How can we resist some measure of ethical hardening when we're forced to confront the looming challenges?

What's happening in the Republican Party can't be called reform, Mound. The word "insane", though, does come to mind.

So anon 1:37, once the psych ward nurse has given you your meds and you've settled down a bit, read this about your hero Trump and see if you can explain how he's draining the swamp:


Anon, you're so incredibly feeble-minded. You pretend to be concerned about democracy but your grasp of the concept is so shallow that you cannot comprehend why a president must never be allowed to meddle in the justice system, particularly to 'sick' (sic) a prosecutor on his political opponent. Where do you get your take on democracy, Robert Mugabe?

Sorry, Anon, but you're a bit of an ignorant asshole. Save your stupidity for FaceBook where you'll find plenty of weak minds to cheer you on and validate your lunacy.

And again I would invite you to maybe shed just one or two layers of stupidity and learn about neoliberalism, its foundations, how and by whom it was unleashed on the West. But do prepare yourself. You're going to feel like a total moron when you run up against the facts, a.k.a. the truth.

Psych Ward Anon, you went on a screed and are avoiding answering my question: From the article I posted a link to, how is Trump draining the swamp? He appears to be using the office of the President to benefit personally, forgiving fines to a bank that he owes $130 mil to. How is he any different from from your self painted Boogey Woman Hilary? Looks the same if not more corrupt to me.


MP the worst part of dealing with these anonymice is knowing that it's effort squandered. Knock him off his puerile talking points and he won't respond as sentient individuals would. He simply comes back and repeats his rant. This guy regurgitates crap that's been fed to him without exploring the background or any critical thought.

Okay, Anon. I've had it up to the tits with your drivel. You're in my home now and it's time for you to move on. I'm going to put you out with the trash now. Adios.