They're Not the "Party of Lincoln" Any More 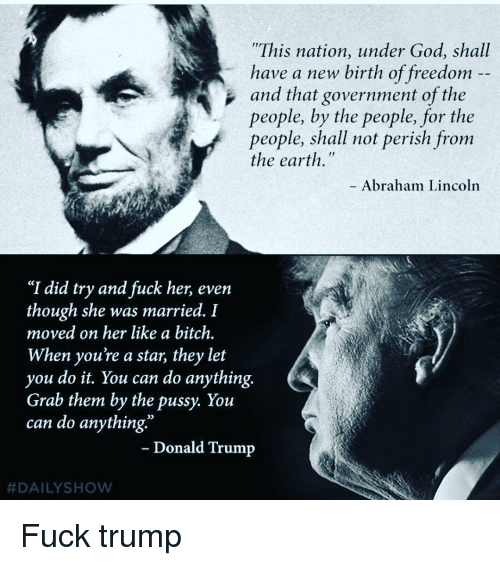 Republicans like to praise themselves as the "party of Lincoln." Of course that was when the Republican Party was a party of the north. Back then the slave state South was Democrat. The parties switched polarity when Kennedy and Johnson brought in civil rights protections. Nixon took advantage of the southern discontent to pick up the low-hanging, often rotting fruit to win the presidency and the GOP has been the party of slack jawed, knuckle dragging racists ever since.

Today's Republicans are the party of shitholes, dutiful followers of the Shithole in Chief, the Mango Mussolini, Deplorable Donnie Trump himself.

Trump's "shithole" remarks yesterday (according to Dick Durban he used the word repeatedly) have emboldened America's cowed media to publish recaps of the litany of racist remarks that have come spewing from Trump's shithole, the one immediately beneath his nose, since he ran in the Republican primaries. Deplorable Donnie doesn't seem to miss a beat when it comes to disparaging certain groups. By 'certain' I mean people other than Cracker white.

While Trump has been practising his bigotry again and again, working out on black people and brown people, Muslims and even women, his courtiers in the House and Senate have been remarkably complacent. That's because, when it comes right down to it, they prefer to be shitholes too rather than stand up to this disgusting bully.

That goes for Trump's White House staff - in spades. When the "shithole" uproar broke yesterday, the White House did nothing to deny it. Instead they sent deputy press secretary, Raj Shah, to shovel out the stables. Even he wasn't going to deny the remark. Instead he responded: "Certain Washington politicians choose to fight for foreign countries, but President Trump will always fight for the American people."  Good one, Raj, double down. 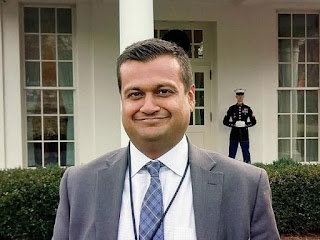 Now in fairness, president shithole did try to defuze the problem this morning in his tweet storm. How? He denied it. Never happened. Never used those words. See, he's a bully, a bigot, a moron and a coward. Oh, and Raj? You too.

Three things the world, including America's adversaries and its rivals (no, they're not the same thing) now must believe are that: 1. Trump is a bigot ready to exploit every base instinct that can be harnessed in the United States; 2) Trump is chronically, pathologically dishonest. He's a liar. Everyone knows that. 3) Trump is reaching a point of intellectual/emotional impairment that his continued presidency is a threat to the world and to the United States.

This is not  good place for the United States to find itself.

The Party of Lincoln has become the neo-Confederate Party of Calhoun. Sad.

The cynic in me suggests something actually important must've happened yesterday and was overlooked/overshadowed by Trump's remark.

From Glenn Greenwald: The Same Democrats Who Denounce Donald Trump as a Lawless, Treasonous Authoritarian Just Voted to Give Him Vast Warrantless Spying Powers.

"To secure enactment of these safeguards, Amash needed support from a majority of House Democrats. That meant that House Democrats held the power in their hands to decide whether Trump — the president they have been vocally vilifying as a lawless tyrant threatening American democracy — would be subjected to serious limits and safeguards on how his FBI could spy on the conversations of American citizens."

"Debate on the bill and the amendments began on the House floor yesterday afternoon, and it became quickly apparent that leading Democrats intended to side with Trump and against those within their own party who favored imposing safeguards on the Trump administration’s ability to engage in domestic surveillance."

I don't see any surprise here, Troy. The House passed a reauthorization bill that leaves FISA as it was when Congress renewed it 4 years ago under Obama. Both parties are deeply invested in the surveillance state and reauthorization was never in any doubt. The amendment to roll back FISA's scope was always a long shot and I don't see Dems feeling a need to distract from failing to pass it.

Besides, it's a safe bet that Trump will say or tweet something outrageous on any given day. There's no need to wind him up, he goes off on his own anyway.

Troy nails it ... enjoy the circus.