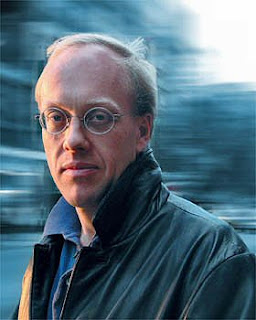 We're witnessing many things unfold this century that would have been unimagineable except to a small few just decades ago. Climate change, the contamination of our atmosphere, the incremental destruction of our oceans, the exhaustion of resources vital to our survival, the loss of all forms of life - terrestrial and aquatic. We have become acclimated to permawar - wars unwinnable from the outset fought, it seems, for little more than the sake of fighting. Now, according to some scientists - no, make that many scientists - we are embarked on a major mass extinction event, one of our own making. Is it beginning to feel just a little crazy in here, inside your mind? Are you beginning to feel the inescapable nature of what's happening, that feeling you get as you trip and stumble.

In his column this week, Chris Hedges writes of America's sounding death knell.

“In every civilization its most impressive period seems to precede death by only a moment,” the theologian Reinhold Niebuhr wrote. “Like the woods of autumn, life defies death in a glorious pageantry of color. But the riot of this color has been distilled by an alchemy in which life has already been touched by death. Thus man claims immortality for his spiritual achievements just when their mortal fate becomes apparent; and death and mortality are strangely mixed into, and potent in, the very pretention of immortality.”

Our capitalist elites have used propaganda, money and the marginalizing of their critics to erase the first three of philosopher John Locke’s elements of the perfect state: liberty, equality and freedom. They exclusively empower the fourth, property. Liberty and freedom in the corporate state mean the liberty and freedom of corporations and the rich to exploit and pillage without government interference or regulatory oversight. And the single most important characteristic of government is its willingness to use force, at home and abroad, to protect the interests of the property classes. This abject surrender of the state to the rich is expressed at this moment in the United States in the new tax code and the dismantling of environmental regulations. This degradation of basic democratic ideals—evidenced when the Supreme Court refuses to curb wholesale government surveillance of the public or defines pouring unlimited dark money into political campaigns as a form of free speech and the right to petition the government—means the society defines itself by virtues that are dead. The longer this illusion is perpetuated, the more an enraged public turns to demagogues who promise a new utopia and then, once in power, accelerate the assault.

All of our institutions are corrupted by a neoliberal ideology. It has contaminated the press, the academy, the arts, the courts and religious institutions. Christian theology has ingested the toxic brew of American exceptionalism, the myth of American virtues and the conflation of freedom with unfettered capitalism. The liberal church, like the bankrupt liberal class, holds up multiculturalism and identity politics as an ethical imperative and ignores the primacy of economic justice. It tolerates the intolerant, giving credibility to those who peddle the heretical creed of the “prosperity gospel,” a creed that says God showers divine favors in the form of wealth and power on the Christian elect. This idea makes Trump one of God’s favorites. It is also an idea that is a complete inversion of the core message of the Christian Gospels.
...

The single-minded pursuit of happiness, with happiness equated with wealth and power, creates a population consumed by anxiety and self-loathing. Few achieve the imagined pinnacle of success, and those who do are often psychopaths. Building a society around these goals is masochistic. It shuts down any desire for self-knowledge because the truth of our lives is unpleasant. We fill the spiritual vacuum with endless activities, entertainment and nonstop electronic hallucinations. We flee from silence and contemplation. We are determined to avoid facing what we have become.

The pursuit of happiness, it seems, will be our undoing.

because the truth of our lives is unpleasant.

That truth goes to the heart of Western civilisation.

Neoliberal ideology can be boiled down to one principle. When neoconservatives are in power, bitch and moan like it's the end of the world. When neoliberals get back in power, ditch the anti-neocon rhetoric and big promises of change and expand on the neocon economic and geopolitical agenda.

When have neoliberals been at their most hysterical? When Donald J. Trump was elected and actually followed through on his promise to end the globalization outsourcing bloodbath on the Western economy.

I guess it's like how Big City Liberals segregate and consign People of Color to inner-city ghettos they starve of funding, while barking "racist!" at their political enemies. It works as a great distraction from their own egregious systemic racism they would never lift a finger to do anything about. Similarly, they keep saying "neoliberalism" is the problem - while they fight tooth and nail to keep the neolib/neocon agenda alive and kicking.

No one does 'weasel' better than these cliquish Big City Liberal nihilists. The only values they possess have dollar signs on them. Everything else is a pretense. (And God knows these haughty mediocres are nothing if not pretentious.)