"Push Back" Isn't For Pushovers. 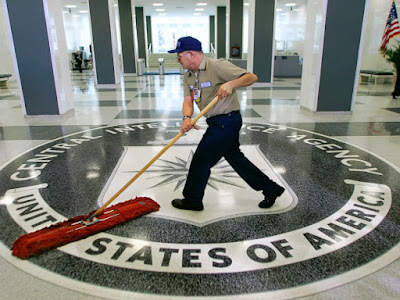 “I have every expectation that they will continue to try and do that but I’m confident that America will be able to have a free and fair election [and] that we will push back in a way that is sufficiently robust that the impact they have on our election won’t be great,” Pompeo said.

Much has been made of how Russia manipulated American voters in 2016 through social media - Facebook, YouTube, etc. In the result some social media sites have taken steps to deter a similar attack.

Mistake two - leaving the drawbridge down and unattended. Social media was merely a means to exploit America's critical vulnerability, the collapse of democratic knowledge.


In America, more than in most other Western countries, there is a basic failure of democratic knowledge. In a well-functioning democracy, citizens agree broadly on facts and have some trust in the democratic system, allowing democracy to harness different perspectives and put them to good use. In America, in contrast, distrust and profound disagreements over facts have led to a kind of crisis of democratic knowledge that leaves democracy open to outside manipulation.

Over the last two decades, the common knowledge of American democracy has been undermined. As Alexis de Tocqueville warned could happen, the structures of shared knowledge are being weakened by democratic politics itself. Politicians — especially on the right — have cast doubt on sources of authority such as science and government, telling their supporters that they shouldn’t trust experts. Finally, the public itself, on its own initiative, has become less trusting of traditional institutions such as the Roman Catholic Church as they have revealed their feet of clay.

As a result, those who were disengaged from politics have become more so, while those who are engaged have become ever more partisan. The result is that most people don’t care about politics, and those who do are likely to have radically different understandings of the challenges faced by America.

Disaffection can be healthy up to a point. Many traditional institutions have failed badly and do not deserve people’s trust. ...Yet when people with different perspectives stop sharing a common basis of knowledge, democracy is liable to pull itself apart. Parties become enemies rather than competitors. When people stop trusting any institutions, they are likely instead to start thinking that the democratic process is rigged, and to pin their hopes instead on cranks and conspiracy mongers.

How can you stop the Russians from doing what Alex Jones, Rush Limbaugh and their class of reprobates do every day? They've grown fat and rich preying on the ignorance, the fears and the basest instincts of their followers, their human fois gras. Undermining basic democratic knowledge, the glue of democracy, is their stock in trade.

Mike Pompeo's CIA isn't addressing this vulnerability. Congress isn't. Trump certainly isn't. The Mango Mussolini relies on the same tactics the Russians use to keep his base in line.

It wasn't Macron who defeated Russian meddling in France nor Merkel in Germany. It was the French people and the German people and their hold on democratic knowledge. The American public, or a significant part of it, has become enfeebled. They've been conditioned, groomed, into a state of near imbecility. There was nothing accidental about it. Those responsible knew exactly what they were doing and what could be had from it.

A "report' from NBS through Raw Story says Trump is telling friends he is considering having Sessions prosecute Mueller and his team. Just another failure to recognise democratic norms.

"How can you stop the Russians from doing what Alex Jones, Rush Limbaugh and their class of reprobates do every day?"

That's a much bigger issue than foreign posts on social media. Americans are doing it to themselves and have been since the beginning. The Electoral College is there to prevent citizens from making an inconvenient choice. Gerrymandering has a long history as has buying votes, a variety of tricks to prevent votes, etc. These days I have no doubt that jurisdictions using electronic voting machines routinely meddle with the outcome.

Then there are those American and Canadian companies cited on this blog who use social media exactly as the Russians did. Going into a polling booth with a clear mind is becoming increasingly difficult.

Neoliberals want to bring back the Cold War with Russia. They believe Mulroney when he says free trade is a model of prosperity for the world (when it has brought decades of economic misery and skyrocketing inequality across the globe.)

Ignorance has made a comeback -- despite all our tecnological advantages. In fact, those advantages have worked to entrench ignorance.


Rumley - once again Trump demonstrates that he considers himself omnipotent. An Obama era federal DOJ prosecutor recently recalled a meeting of several appointees with that president. Obama stressed that they didn't work for him but for the American people and counseled them to remember that when it came to cases that opposed their executive branch. In other words Obama's principled approach was the direct opposite of Trump's unprincipled view of his power.


I think the point, Toby, is that this idea of "fortifying" social media against Russian meddling is pointless. The real vulnerability lies in the malleable minds of a gullible public no longer capable of critical thinking and open to magical thought.


@ Anon 4:03. I agree with your points, albeit to varying degrees. Overall I do share your concerns. The Mulroney/Chretien era did put an end to progressivism as those of us somewhat older than you understood it. For many Liberals, being progressive meant being somewhat to the left of the Conservatives. With that progressivism was disconnected from its principles and became a meaningless sop.


Yes, Owen, ignorance has made a comeback and I suspect there was nothing remotely accidental to that. What scares me is that I don't think we, you and I, have a very incomplete perception of that 'comeback.' I think left unchecked over another ten years the effects on our culture and society could be seismic.

Mound: a very insightful piece. I call it willful ignorance and it is the scourge of the 21st Century. It has grown leaps and bounds via tRump and is cementing his hold on power.


NPoV, now they're getting into how our younger generations are getting groomed by smartphone technology.