Thanks KBR, Thanks Halliburton, and Special Thanks to You, Blackwater.


The American conquest of Afghanistan and Iraq ushered in the return of for-profit warfighting, now called "contractors" rather than their traditional name, mercenaries.

Now other nations are jumping in to the game, especially Russia.  Within a month the Russian Duma is expected to pass legislation legalizing PMCs, Private Military Companies, "authorised to conduct combat operations abroad in support of Russian policy objectives." 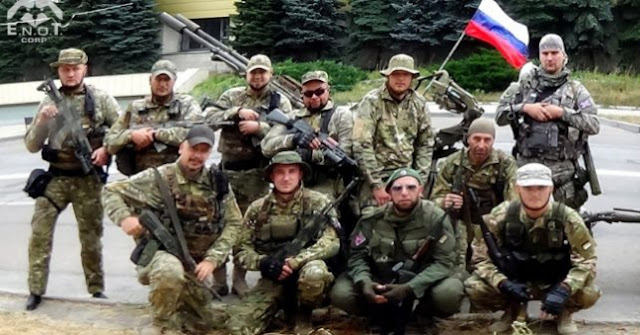 A number of Russian PMCs are believed to already be engaged in conflicts from Ukraine to Syria. 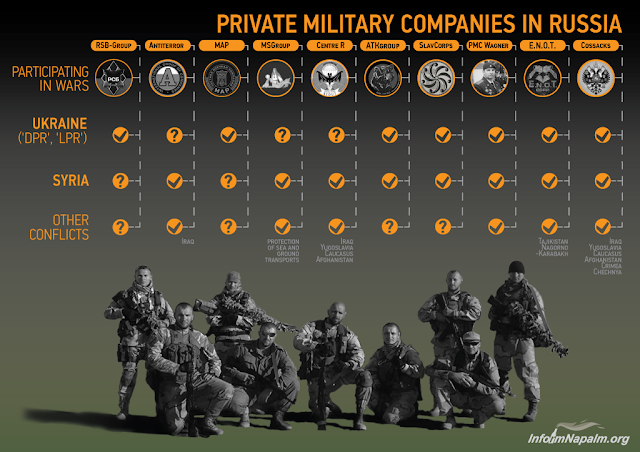 Thanks, America, for bringing back the age of the freebooter.
Posted by The Mound of Sound at 5:40 PM

When a mercenary gets hurt, who picks up the medical bills? The long term disability? Etc?

https://en.wikipedia.org/wiki/Brigade_of_Gurkhas
Mercenaries have a long established history.
If they fight for 'our side' they are heros; if they fight for the other they are rebels , insurgents or whatever.

War was originally fought by private armies.
My , my history does repeat itself!
Doing so sure takes away any responsibility for misdeeds!!

Nothing new here. This has been going on for eons.

There has long been a link between the military and the corporate world.
Sad as it is this affiliation gave rise to what we refer to as 'great empires'

Returning to private armies returns us to armies with no conscience and no accountability.

In some areas of the world these private armies are the police!