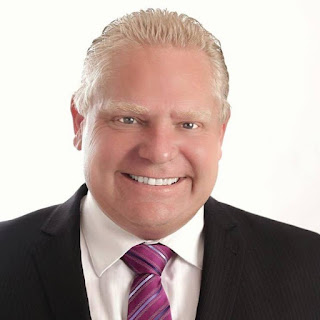 A merger was in the works between Ontario's Hydro One and Spokane, Washington based Avista Corp. That is until the state regulator caught a whiff of Doug Ford. Now the deal's off.


As the two party leaders intent on knocking Kathleen Wynne out of the premier’s office this year talked about their plans for Hydro One, regulators in Washington were watching and listening.

And they were becoming increasingly concerned that a merger between Hydro One and Spokane-based Avista Corp. would always be at risk of political interference. This risk ultimately was at the heart of their decision Wednesday to deny Hydro One’s bid to buy Avista, putting an end to a deal that was more than a year in the making.

Washington has enough problems with one Donald Trump. The last thing they were looking for was a Trump Mini-Me from Toronto.


Mayo Schmidt, Hydro One's CEO at the time, told commissioners on April 10, 2018 that concerns about the provincial government's role were not "valid".

“The province’s role is limited to being Hydro One’s largest shareholder,” he said, adding, “Hydro One is not any more vulnerable to political change than any other investor-owned utility in Canada, or the United States for that matter.”

But the commissioners, who regulate private energy companies in Washington state, appeared to have their doubts, announcing instead that they would torpedo the deal.

“The reassurances Mr. Schmidt offered in his testimony may have been given sincerely at the time it was filed but they turned out to be materially incorrect,” the commissioners wrote in their order this week.

The commissioners views are quite reasonable. One of Ford's first acts as premier was to get former Harper short-pantser and Patrick Brown chief-of-staff Alykhan Velshi fired from Ontario Power Generation. OPG is one of Hydro One's sister corporations formed in the breakup of Ontario Hydro. Velshi, a product of the wingnut welfare system of thinktanks, was an obvious patronage appointment so no tears shed for him. It's the political interference in a supposedly independent corporation that caught the WA regulator's eye.

To paraphrase the Scottish bard, "The best-laid schemes o' mice an' thugs Gang aft agley, An' lea'e us nought but grief an' pain."


Nicely put, Cap. Many thanks.