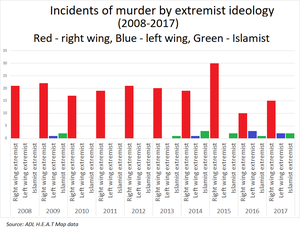 I just watched a Twitter video of a BLM protest in the little town of Bethel, Ohio. It seems the town cops herded the protesters, about 100 in total, to get them away from armed and angry counter-protesters said to number perhaps 700.

The video clip shows one of the protesters as he gets off the road and onto a sidewalk. A policeman is standing in front of him, clear line of sight, not more than six feet away. A counter-protester comes up behind the man and sucker punches him in the back of the head. The cop does nothing even when the protester complains about being punched in the head.

What's going on?  I know that press reports lack perspective and are provoking, sometimes deliberately inflammatory. That's been the bread and butter of FOX News since it was founded. I know that a lot of Americans find this repulsive and want nothing to do with this thuggery but even the cops aren't stopping it.

Abraham Lincoln, confronting a deeply riven America, cited scripture when he said that a house divided against itself cannot stand. America could now be almost as divided as it was during Lincoln's time. It is so deeply split and, worse yet, across so many fault lines.

Is this akin to the calving of a glacier? Is America fracturing? How does this end?

Could this be a buildup to a crescendo on November 3rd when Americans, some of them anyway, choose to keep or reject Donald Trump?  Will Donald Trump be the match to America's fuse? He has certainly built a legion of radicalized followers and the radical right has a lock on domestic terrorism in the United States.

For starters, it won't be a neat, north versus south conflict. That stuff went out in the latter part of the 20th century.


For the United States, the shape of future homeland conflicts will be asymmetrical, distributed, and heterogeneous. A contemporary homeland conflict would likely self-compose with numerous dynamic factions organized by digital tools around ideological and affinity networks. It would likely be a patchwork of affiliated insurgency groups and their counterparts engaging in light skirmishes along the overlapping edges of their networks, mixed with occasional high-value terror attacks against soft and hard targets. Such groups are much smaller than conventional militaries and where they lack in firepower, they wield transgression. As in Charlottesville and Berkeley, the fronts are less territorial than ideological.

Furthermore, digital networks erode the boundaries of the state. Like the Islamic State and al Qaeda, any cell can browse the literature, claim allegiance in some far-flung burb, and start whipping up violence against their targets. Antifa and the Alt-Right are a hodge-podge of varying affinities loosely coupled under their respective brand names with local chapters coordinated across global networks. These are not top-down hierarchies. They’re agile and shapeless with the capacity to grow quickly then disappear.

“One simply cannot explain the speed and scale at which the Islamic State formed without that network effect,” Emile Simpson commented in another Foreign Policy article trying to augur the tremors of a new world war.

Just as we risk missing the signs of networked violence, thinking in terms of a classic civil war can blind us to the many actors working to disrupt the U.S. from within and beyond our borders.

Behind the extremists are often additional layers of benefactors and provocateurs: oligarchs, plutocrats, transnational criminal networks, and foreign powers wielding them on both sides towards their strategic goals. We’ve seen this with Russian-backed Facebook groups organizing right wing protests in the U.S., and in the increasing regularity of information warfare originating from Macedonian server farms, reclusive billionaires, and adversarial governments.

Not only has the state lost its monopoly on organized violence, powerful weapons of mass destruction have fallen within the reach of insurgencies. They don't need nukes to inflict mass mayhem. Several years ago there was a report on 60 Minutes about how vulnerable America's cities were to hit and run terrorist attacks on chemical storage yards often located just upwind of major urban centres. They simulated an attack by a few terrorists in a minivan who pulled over to the shoulder of an overpass, opened the door and quickly fired RPGs into the storage tanks just below them before hopping back in and driving off to safety.

Most of those sites are still not secured, the handiwork of lobbyists who successfully defeated efforts to pass legislation adverse to the chemical companies.  Just a handful of malcontents with a few Soviet-vintage rocket launchers could easily kill millions in a city such as New York. And if your goal was to destabilize a powerful government that would definitely do it.

.. Belling Cat would have that coward ID'd in less that an hour. So identifiable.. He's on the video long before the rear attack sucker punch cheap shot.. then filters into the crowd n drifts away quickly.. I'm only surprised he didn't have a mini Louisville Slugger .. or a motorcycle chain.

Lots of ways for defenders to pretend this is The American Way eh.. on the citizenry level and the policing level.. its all normal eh.. SNAFU.. angry flucks looking for 'some safe recreational action'..

For those twisted muthas.. I would have some nice horse trank syringes or aerosol spray handy mebbe.. calm em down, with a stomach jab, or a facial spray.. lay them out gently on the pavement, make sure they breathin nice n easy.. not swallowing their tongue.. padlock them to a fire hydrant with titanium chain.. then I would 'filter off & drift away'.. calling 911.. so, sue me.. though I would be 'in the wind' so to speak.. just another guy in the crowd with an N-95 surgical mask

And if they had an AR-15 strapped on.. and guns n knives all over their costume.. well, c'est la vie.. if they are found weaponless & no wallet either.. That's about what that prick deserves.. a sudden prick in the kidney area.. and long sleep.. explain it to the cops.. show them the video.. including the sucker punch.. file a theft complaint.. re your weaponry eh.. all gonzo plus your money and ID


I did an update to this post, Sal, incorporating an article of how Civil War II might play out and some insights on domestic terrorism in the States which is predominantly the work of the radicalized right, Trump's storm troopers.

This poem gives a little insight to the US.

I would disagree that there will not be open violence within the US.
The obvious explosion of open carry of firearms has to explode at some time.
We cannot overstate the infiltration of the religious right within the US armed forces , a dangerous situation to say the least.
True there will not be a Mason Dixie Line but it's reasonable to see the USA a a checkerboard.

You said "even the cops aren't stopping it." What do you mean, "even" the cops? The cops have a long record of being on side with this stuff. There have been close connections between hard right, white supremacist etc. groups and the police since forever. They've always beaten up left-ish or non-white protestors and coddled neonazis.

It's interesting the impact that basically non-political things can have on politics. The nature of policing hasn't changed much over decades. And that nature has always been all about class and race--the well off generally protected and treated very well, whites treated fairly well unless they are obviously poor, the poor and especially the non-white treated as conquered subject populations to be suppressed. But this difference is something that the white middle class has generally been unaware of, or only peripherally aware of, or disbelieved.
Right now we have two things intersecting. First, the young who were born into the white, liberal middle class are slipping downwards, with endless temp jobs and gig economy combined with sky high prices for shelter, and they're unhappy about it. And they mostly were born into liberal ideas about equality between races, genders and so on, so they're not unwilling to ally with blacks.
But the other thing is purely technological. There are video cameras everywhere. Almost every single person is carrying one at any given time, they can be used instantly and are small and fairly concealable; in addition there's surveillance cameras all over the place. The result is that there is a massive stack of video evidence of the way the police routinely behave to the other half.
A breaking point has been reached where masses of people who would have been happy to keep on ignoring an issue that doesn't affect them personally are seeing exactly what is going on, in living colour, again and again and again. People of more or less good will are no longer insulated from the reality of what the police are, and increasingly they cannot square looking away with their consciences.

This may prompt a re-examination of a lot of other things. The police are an institution that are at the bedrock level of many people's understanding of what society is and how it works; if law and order and serve and protect were a lie all along, a lie that various other important institutions have clearly been complicit in maintaining, then what else cannot be trusted? Well, a lot in my opinion.

I hope this does cause us to re-examine the rot that reaches throughout our societies, PLG. Then again, there's so much I hope for with dwindling expectation those hopes will be realized.

Unquenched anger seeks to destroy everything around it. And the anger refuses to die.


It's important to remember how much of that anger has been stoked by Donald Trump, FOX News, and others of their ilk. Fearmongers whose lies are the foundation for false grievance and rage.