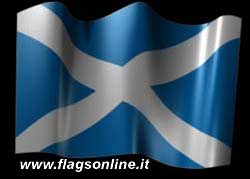 The Scottish parliament has decided that Britain should embargo all exports of riot gear, tear gas and rubber bullets to the United States and its police agencies.


A successful motion, which was backed by 52 votes to 0 with 11 abstentions, says the parliament "stands in solidarity with the Black Lives Matter movement and considers that the UK government must immediately suspend all export licences for tear gas, rubber bullets and riot gear to the US".

Patrick Harvie, the Green MSP who proposed the successful amendment, said the "weapons of oppression", which the UK government has granted active export licences for, were being used by a "racist state" to "brutalise marginalise communities".

52 to 0? That's crazy. 52 'yeas' to the United States being considered a racist state. 0 'nays.' Zero, nobody objecting to that designation. Maybe they should grab Trump's golf course and designate it as reparations to the families of every unarmed black killed at the hands of American cops.
Posted by The Mound of Sound at 5:05 PM

"Leader of the opposition Keir Starmer has also written to Boris Johnson calling for a review of arms sales, while human rights group Amnesty International has urged similar action."

Funny how our own opposition leader has been quiet as the grave while Trudeau ramps up Canadian arms sales to Mohammad Bone Sawman and his blood-thirsty crew.


We seem bereft of leadership in the current ranks of our political caste, Cap. If you can figure out what any of them stand for, I'm all ears. I love the MbS gag. Thanks.

"Maybe they should grab Trump's golf course and designate it as reparations to the families of every unarmed black killed at the hands of American cops. "

Though they might actually be grabbing it from Deutsche Bank, or some obscure russian money laundering outfit, - as Drumpff doesn't actually own anything . . .

This about as significant as BC promulgating the same thing. The Scottish "parliament" has zero impact on UK policy. However, they are perfectly capable of going after individuals within their borders like Craig Murray who are being essentially convicted without trial for being, shall we say, a bit too anti-establishment, and held in Contempt of Court.

Murray is a former UK overseas ambassador who lives in Edinburgh, but mainly known these days for a blog that has defended Assange, reported on the kangaroo court extradition hearing proceedings that are going on, and a man of some ethics. He writes a blog read worldwide and that is conspicuously more erudite than anything I've read from Canadians.

BM, spare me the Assange stuff. Not interested. As for the Scottish parliament, only an idiot would not realize it was a purely gestural statement. Perhaps you think I'm an idiot but feel free. It sounds to me that you had better get back to grinding your axe.