An Election Worth Following 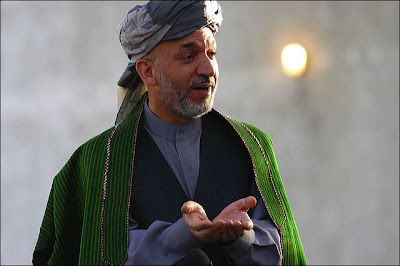 Hamid Karzai should keep his job in next week's Afghan elections but it's not going to be a smooth ride. And this being Afghanistan the election is fraught with intrigue and defections and plenty of murderous, barbaric villains.

Karzai's main opponent, Abdullah Abdullah, also a former Mujahadin, is a Tajik, the country's second-largest ethnic group with just over a quarter of the population. He's also an educated man, a medical doctor. Tajiks make up a lot of Afghan's white collar class - doctors, professors, bureaucrats, merchants and artists. The downside is they're mainly Shia Muslim in a nation that's about 80% Sunni.

The Pashtun, with 42% of the population, are mainly Sunni and everybody pretty much sees them as the natural rulers of the country. The other ethnic groups, Tajik, Uzbek, Hazara, Turkmen, etc. were just travelling through and decided to stay. That's why there are close to 30-languages spoken in Afghanistan today. 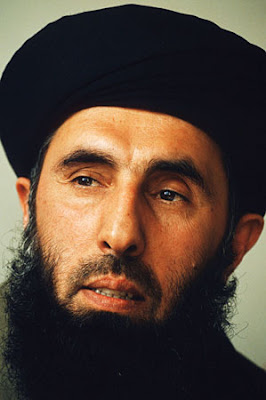 Karzai is desperate enough that he's been seeking alliance with some of the most vicious thugs in his country's recent history including Gulbuddin Hekmatyar, who's officially considered a terrorist on America's most wanted list and who, until recently, had his followers in an alliance with the Taliban.

Another Karzai backer is Uzbek strongman, the brutal General Abdul Rashid Dostum. The general has spent the last several months hiding in Turkey after beating the living hell out of former ally, Mohammad Akbar Bai, leaving Akbar Bai in hospital with internal injuries. That little spat happened in Kabul. 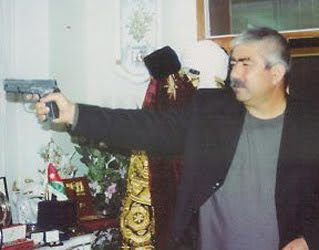 Dostum's deal seems to be a "get out of jail free" card and a power position in Karzai's government should he be re-elected. It's rumoured Hekmatyar, the guy known for throwing acid in girls' faces for not being Islamic enough, has been offered the same deal as Dostum. Won't that be a lovely trio.

Dostum, however, may not be able to deliver the Uzbek vote en bloc to Karzai. His political organization has fractured during his self-imposed exile to Turkey and up to half of it is said to have switched to Abdullah.

It's not often you get so many murderous bastards as these playing key roles in a national election and, depending on the outcome, these guys may well wind up holding the levers of power alongside Karzai.
Posted by The Mound of Sound at 10:30 AM