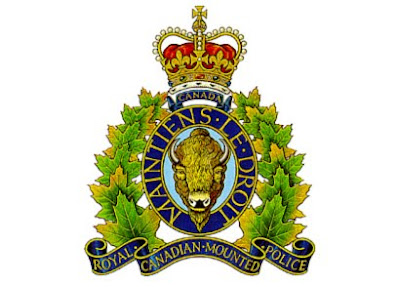 We needed a report to understand this?

The RCMP Commissioner for Public Complaints, Paul Kennedy, has found it's "inappropriate" for RCMP members to investigate fellow RCMP members when allegations of sexual assault or incidents of serious harm or death come up.

Kennedy cited the Dziekanski fiasco and the case of 22-year old Ian Bush shot in the back of his head in "self-defence" by an RCMP officer while already in custody. There, 'fellow' RCMP officers waited seven months to interrogate the shooter and submitted written questions in advance to the shooter and his lawyer.

It's pretty hard these days to trust the RCMP to carry out their normal policing duties much less to trust them to tell the truth about it later. The idea of officers of this demonstrated character investigating their own is one very dark farce.
Posted by The Mound of Sound at 6:51 AM

In other earth shattering news, a new study says people should look both ways before crossing the street.

Hey MOS, I read about this yesterday and then did a little more reading on so called watchdog, Paul Kennedy.

Some of his logic leads me to believe he is more of a lapdog. Perhaps he is afraid of something, I don't know, but if an investigation is completely botched-how in the world does one come to the conclusion there was no mal-intent on the part of the officers?

I don't know, Christian, it seems the RCMP has withdrawn into a bubble, isolating itself from the Canadian public.

The litany of shenanigans since the Ian Bush killing has undermined any confidence I had in this force. Coming from a province where they do most of our municipal and all of our rural policing, a loss of confidence is doubly serious.