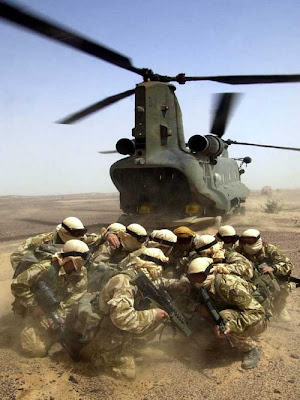 Afghans have had their second election since the Taliban were driven out in 2001. The final results could take two weeks to complete but there should be clear indications of who did what well before then.

Two US-financed polls published during the past week showed support for Karzai was well short of the 51% of the total vote necessary to avoid a runoff election. A poll by Glevum Associates showed Karzai at 36%, and a survey by the International Republican Institute had him at 44% of the vote. Those polls suggest that Karzai might have to pad his legitimate vote total by a significant amount to be certain of being elected in the first round.

Preliminary results were expected to be announced in Kabul on Saturday, according to the Associated Press. But Karzai has been laying the groundwork for just such a contingency for many months. He has forged political alliances with leading Afghan warlords who control informal militias and tribal networks in the provinces to carry out a vote fraud scheme accounting for a very large proportion of the votes.

The socio-political structure of Afghanistan remains so hierarchical that warlords can deliver very large blocs of votes to Karzai by telling their followers to vote for him, and in some provinces - especially in the Pashtun south - by forcing local tribal elders to cooperate in voter fraud schemes.

The system in which warlords pressure tribal elders to deliver the vote for Karzai was illustrated by a village elder in western Herat province who said he had been threatened by a local commander with "very unpleasant consequences" if the residents of his village did not vote for Karzai, according to the Institute for War and Peace Reporting.

Meanwhile the state of security in Taliban country was revealed in a story in The Guardian about a Chinook helicopter shot down in Helmand province. Another helo dropped down to rescue the four-member crew but then, instead of sending in an infantry force to secure the downed aircraft until it could be recovered, it was destroyed by coalition air strikes to prevent it "falling into enemy hands." Say what?

How can a disabled helicopter the size of the massive (and massively expensive) Chinook fall into enemy hands? What are they going to do, pick it up and carry it off? No, the Brits destroyed it because they weren't willing to risk sending soldiers in to defend the ship until it could be airlifted out. When you kiss goodbye a $32-million helo you've got problems.
Posted by The Mound of Sound at 9:56 AM