Even Preston is Calling Bullshit on Steve 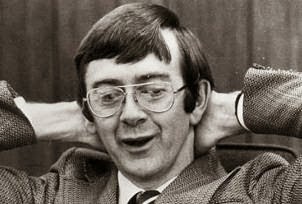 Prime Minister Stephen Harper's government should back off a proposal to muzzle Canada's Chief Electoral Officer that would "weaken" Elections Canada, and instead expand the agency's power to boost voter turnout, Preston Manning says.

The former Reform Party leader spoke out against a provision of the government's proposed "Fair Elections Act" in a speech Saturday, hours after the bill's sponsor, Democratic Reform Minister Pierre Poilievre, appeared at the same conference.

Conservatives are increasingly not viewed as the party that most champions democratic values, Mr. Manning said, a development that is "most worrisome for me personally and calls for, I think, immediate and serious attention."

Manning's fondness for democracy in Canada is sort of a dollar short and a day late, as though he'd been cryogenically frozen these past eight years.  He hasn't expressed any concern, much less outrage, at our fascist government shutting libraries or its relentless war on science or sequestering the public service from the Canadian public or wielding the levers of power within the PMO to pervert the Senate or, well, almost anything.  Only now - when it appears the public has had its fill of Preston's authoritarian protégé and the Conservative brand is heading for the crapper  - is Preston speaking out.

.. cryogenically frozen .. perfect observation .. and even applies to the rest of the simpering herd

I thought Wendy Mesley was going to cream herself when she was interviewing presto. ugh.

I remember ol Preston. A bible thumping socred on the make in Ottawa decades ago. He was going to make big changes.

He was going to kick the leader of the opposition out of Stornaway and make it into a bingo hall. I instead, he moved in. After all free rent is OK if it is for you. Just another greedy neocon yelling UNDER THE B 14 - B14.

Standing in his imaginary pulpit, Pres railed againt clothing allowances for political leaders. Then he decided he wanted to be prettier. His bum boys organized a slush fund and Manning got Hugo Boss suits, laser eye surgery to get rid of the nerdy glasses and hair by Renaldo. It didn't work; Canadians still didn't like him.

Then there was his principled stand against MP's gold plated pensioned. Today he collects not only collects his pension, he's raking it in with his taxpayer supported foundation. Donations tax deductible don't ya know. Gently lifting cash out of the taxpayers pocket indeed.

Doesn't it make you feel all warm and fuzzy to know that such a man, who has reversed his stand for money so often, is trying to tell us how to act and behave.

Did not Harper hire Wolfgang Droege and his Heritage Front as, security for Preston Manning?

It is pretty difficult to think, Manning doesn't know Harper, for what he really is?

Preston Manning and Tom Flanagan, are one in the same. They talk all about Harper, his methods and what he does wrong, but when they were building frankenstein they pontificated on what great good he would do. Frankenstein is now out ruining the villages and stepping all over the townspeople. sighhh monsters and those that create them:P

I always loved Fotheringham's moniker for this hypocrite, "Parson" Manning. Typical do as I say, not as I do type that's so typical of the career politicians/academic preaching the gospel of free enterprise and tea-partyesque conservatism all the while pigging out at the public trough for decades.

Does Manning not run the school for voter repression?

Maybe the new pedophile laws have the draft dodger all riled up.