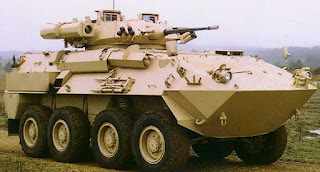 Great, Canada is shipping weaponry to the real state sponsor of terrorism in the Middle East, Saudi Arabia.

Take it from Hillary Clinton or rather this email she wrote in 2014:

“We need to use our diplomatic and more traditional intelligence assets to bring pressure on the governments of Qatar and Saudi Arabia, which are providing clandestine financial and logistic support to ISIL and other radical Sunni groups in the region,” the document states.

Another newly released email, from January 2016, includes an excerpt from a private October 2013 speech in which Clinton acknowledged that “the Saudis have exported more extreme ideology than any other place on earth over the course of the last 30 years.”

Hmm, I wonder if Justin would like to respond to that. I suppose he'll try to get Steffie Dion to cover his ass as he did the last time the Saudi death wagon scandal flared up.

Canada has become the 2nd largest weapons supplier to the Middle East, mainly to Saudi Arabia.

The Saudis are the same murderous swine who've been dropping cluster bombs on Houthi civilians in Yemen, even wiping out 80 funeral mourners with a major air strike. Hospitals? Forget it. The Houthi, meanwhile, are battling al Qaeda and ISIS fighters in Yemen.

The Saudis and their pals in the other Gulf States are providing financial and logistical support to ISIS and other radical Sunni terrorists in the Middle East. In other words, they're the biggest state sponsor of terrorism in that hellish corner of the world.

The Saudis are despotic bastards with little appetite for human rights, especially for their women and their Shiite population. They've got a murderous fondness for capital punishment - public beheadings and crucifixion are especially popular - even for "crimes" such as sorcery.

And so, despite their vital support of terrorism and the radical religion that drives it, despite the blatant war crimes, despite their suppression of human rights and their brutal oppression of their sectarian minority, - despite all this - Slick thinks it's okay to sell them $15-billion worth of armoured death wagons.

Does this sound like your idea of Canada?
Posted by The Mound of Sound at 10:16 AM

Yeah, unfortunately it does. Canada has a long history of sins. Visit the treatment of First Nations, the virtual slavery of Chinese railway builders, the removal of Japanese during WWII, etc. The war wagons can be added to the list. Sunny ways?

To be fair, what they're doing in Yemen sounds an awful lot like what we were doing in Afghanistan. And what we apparently plan to do in future whenever the Americans whistle.


Yeah, PLG, we have to get free from this dog whistle syndrome and the wholesale outsourcing of both our foreign and military policy.

Re outsourcing of foreign policy; as per F35 which relies upon the USA for it's AWACS platform.
We really do have Governments within Governments.

Years ago I met a guy in a logging camp that confessed to delivering 'agricultural equipment ' to Libya whilst there was an arms embargo.
The agricultural equipment was in fact military trucks.
The western world has no conscience when it comes to trade.
Our elected officials know that we will accept any misdeeds so as to keep up the lifestyle we have come to expect.