How About Another Holiday - Wallonia Day? 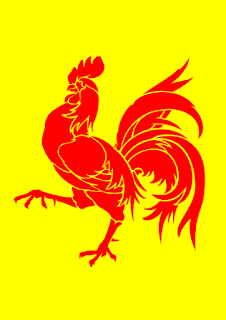 The federal government might not see it the same way but Ottawa should introduce a new holiday, Wallonia Day.

It would mark the day those feisty little Belgian bantams stood up against the scourge of ISDS or investor-state dispute settlement protocols in the Canada-EU CETA or Comprehensive Economic and Trade Agreement.


To their credit, the political leaders of Wallonia insisted on more assurance – as well as insurance – that the CETA was not going to be another step down the path of unraveling the sovereignty of democratically-elected governments.

The pressure on tiny Wallonia and its politicians was immense, as it was being blamed for making the EU a laughingstock before its Canadian partners and the world.

Leading Canadian government figures, as well as media outlets like the Financial Times, Wall Street Journal and others, complained loudly about the diminished stature of a European “union” that cannot prevent a smallish region in one member state from scuppering a trade agreement that was seven years in the making.

...ISDS lawsuits have been deployed by hundreds of corporations, both domestic and foreign, against sovereign governments who have passed laws that these businesses claimed infringed on their “rights.” This has resulted in billions of dollars in damages assessed against the taxpayers of these nations.

But what rights do these artificial entities, which are after all themselves creatures of the state – chartered and regulated by the state – have that should somehow supersede the popular will of democratically-elected governments?

Corporate ISDS attacks in obscure and unaccountable tribunals feed into a public fear that the biggest corporations are themselves becoming sovereign governments that are unrestrained by democratic accountability.

It seems like the experts needs to write a template for a “new free trade agreement” – one that is better geared for today and not 10 years ago.
Such an updated FTA would be able to win popular support because it would include the appropriate safeguards, as well as the right values that project a global vision of what trade in the 21st century ought to look like.

Such a new trade agreement should include some kind of “code of ethics” for how corporations should act.

It would include rules for how to regulate overseas tax havens, and how to ensure that these powerful economic entities can’t run rampant across the globe, cherry picking laws and regulations that enhance their profits even as they undermine our societies.

Somehow the negotiators always seem to be keenly focused on lifting barriers on companies. This of course has value for the macro-economy as well as for individual companies. But today that needs to be balanced with attempts at cracking down on various corrupt corporate practices.

How can political leaders expect to do one and not the other, and still retain public trust?
Posted by The Mound of Sound at 12:57 PM

If individual states can regulate corporations, Mound, it makes perfect sense to carry over those regulations to international agreements.

With CETA, TPP, China-FIPA etc., no doubt we can expect more claims against Canada, since all the deals have ISDS.

The USA forest industry has announced that it will launch legal proceedings against BC's softwood industry.
The softwood trade agreement is not covered by NAFTA but is yet another stand alone 'agreement'.
The USA has lost previous challenges against Canada/BC and is expected to lose again.
The devil is in the details.
Whilst fighting, in court, the USA will likely,again, impose tariffs on BC lumber and create hardships for our producers and their employees.
Even when they lose the legal case they will have for some years inflicted harm on our industry and it's employees.
No doubt be it CETA, TIPP or any other 'free trade' deal the average man or woman on the street will be the ones to suffer it's deficiencies whilst those in the boardroom will laugh all the way to the bank.
Free trade is generally about profit; not trade as a benefit for the masses.

Gotta grow the economy, every year, for infinity.

Off Topic but of note:

this line in particular resonates as we humans stew in our toxic version of media controlled cognitive dissonance....

"The CJR article, whether intentionally or not, is an indictment of right wing political control of media throughout the world."

"How can political leaders expect to do one and not the other, and still retain public trust?"
Ans: Lie.
Doing a pretty good job of it already, by both commission and omission.