"The Definition of Hypocrisy" 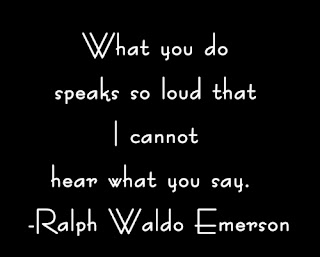 Canada's biggest customer for lethal military hardware also happens to be the biggest state sponsor of terrorism in the Middle East with a seemingly unquenchable appetite for slaughtering civilians.

Former DND strategic analyst, Thomas Juneau, who now lectures on international affairs at Ottawa U, sums it up this way:

"We pretend that we're boy scouts, but a lot of what we do is not different from what other countries do. If that sounds like a definition of hypocrisy, well, there you are."

Trudeau's sock puppet foreign minister, Steffie Dion, says he's keeping an eye on those Saudis and what they do with $15-billion worth of Canadian armoured death wagons. Apparently that's being done from our embassy in Riyadh - out of sight, out of mind.  There's a rich history of what the Saudis have done with armoured fighting vehicles we already sold them but, to Steffie, let bygones be bygones.

Let's take a look at modern terrorism. The US embassy bombings - a Sunni operation. The attack on the USS Cole - Sunni. The original World Trade Center bombing - Sunni. The 9/11 attacks - Sunni. The terrorist attacks on Madrid, London and Paris - Sunni. al Qaeda - Sunni. ISIS - Sunni. al Nusra - Sunni. Where is Shiite Iran in all of this? Nowhere, that's where.

Saudi Arabia introduced the same, violent strain of Sunni Islam practised by all the Islamist terrorists.  Saudi Arabia suppresses human rights without a second thought. It revels in beheading and crucifying people in the public for such crimes as sorcery. It foments this malignant form of violent Islamism by funding Madrassas, religious schools, throughout the Sunni Arab world.

The Saudis are evil incarnate and our government stands deaf, blind and mute.

The Canadian division of the US defence contractor, General Dynamics, pockets a $15-billion score and our government, the Trudeau government, turns its back as it pisses on the honour and decency of our country.

Tom Juneau is right. It's the definition of hypocrisy.

Do the Saudis have nukes?

@ Toby, not yet, at least not so anyone seems to know. They've toyed with the idea. The Pakistanis call theirs the "Islamic Bomb" which has been taken to suggest that their technology could find its way to their Sunni allies. What North Korea has taught us is that it takes only a few to be beyond any effective action by the big players.