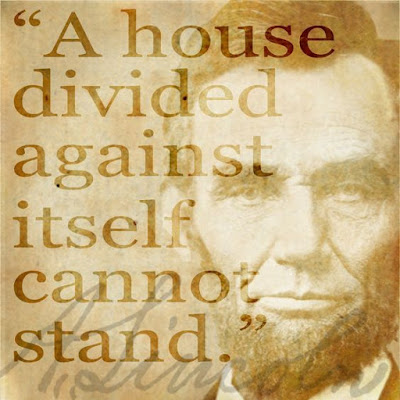 The moderate and the extreme factions wanted nothing to do with the AHCA. To the moderates it was too harsh and invited a voter backlash in the mid-term elections.

To the nihilistic, extreme right, it wasn't harsh enough. They wanted the bill stripped of everything but the title. No coverage for maternity care or emergency care or hospital stays - pretty much nothing except, of course, for the tax cuts for their patrons, the Koch brothers.

Ryan's legislation was not what Trump had repeatedly promised voters. Trump said his plan would cover everyone. Premiums would be a fraction of what they were paying under Obama's Affordable Care Act. Coverage would be much better. The bill placed before Congress was just the opposite in every respect. In fraud cases it's called "bait and switch."

With a majority of 247 Republicans to 191 Democrats, the bill should have passed easily.

After pulling the bill Ryan went on about how they were "close, very, very close." Maybe, maybe not. We'll never know and that's no accident.

Had the House voted on the bill there would be no hiding the truth about how deeply fractured Congressional Republicans have become. The full measure of the dissent by the extremists and the dissent from the moderates would have been laid bare like a raw, festering sore and it would have shown that Republicans have definitely not coalesced behind their new Republican president. Polling the Representatives would have been seen as a vote of confidence in Donald Trump and the outcome a huge defeat for the Cheeto Benito.

Now, let's get back to the Russia business.

UPDATE - the New York Times has a fascinating look at what was going on inside the Trump White House in the days leading up to Friday's fiasco.
Posted by The Mound of Sound at 9:17 AM

All of this may just be a smokescreen for what's actually going on.

Explore some of this.


Well, Dana, it may take an attempted corporate constitutional coup to trigger revolt in the United States. It's not just Chris Hedges talking this up anymore. I don't know if you saw the interview with Lawrence Wilkerson I posted on the 18th. He noted that what's underway in America is "what empires do when they're ready to collapse." This veteran Army officer and former chief of staff to Colin Powell concluded with this: "Does that mean revolution? It might."

I was going to suggest that in a nation that was actually committed to the preservation of freedom and liberty, the existence of a shadow government such as ALEC would or should be unconstitutional. But then I realized that, in the USA, the privately-owned governments are the real ones.

The neatest trick that the libertarians ever pulled was to convince vast numbers of socialist basket cases that, by virtue of whatever circumstances had disposed them to be somewhat better off than some of the other socialist basket cases, they were rugged individualists. The bosses probably won't even extend them the courtesy of advising them that they aren't needed anymore. They'll just have to figure out on their own that it's time to join the line with the rest of slugs and powerless losers.

"Now, let's get back to the Russia business."

NPoV, what "policy-free comfort zone" do you mean? This blog, perhaps, or the Trump administration, America's Congress or Canada's Parliament? I know of no policy-free zone, especially one of comfort. Please enlighten us.

These two lines work well together... I guess Honest Abe had partisans in mind when he said you can fool some of the people all of the time.

Anonymous, you've chosen anonymity. With it comes the right to keep stupidity safely confined to yourself.

thank you for referring to the New York Times article. Its a good read.

In my opinion the failure of the bill to make it anywhere is because Trump had nothing to trade and the "opposition" within the party knew it. to make a deal in difficult situations you have to have something to trade and there was nothing. Partly because of the extremes within the party but also because there is nothing the far right wants that Trump can give them without caving. The Republicans have no one but themselves to blame. It started with the tea baggers and now this far right group.

Part of the problem is the U.S.A. has only 2 political parties, to speak of. they are required to cover so much territory there is going to be some very dysfunctional events. Had the Republicans kissed this far right group good bye when they first appeared, they might be in a better position today.

Mind you all of this looks good on Trump. You reap what you sow.