It's a Dam Shame 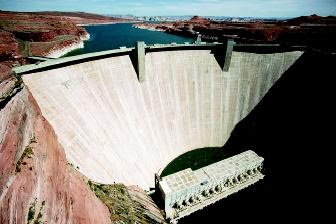 Get this. More than 4,000 dams in the United States are now rated unsafe because of structural and other problems. It's a safe bet we're in the same boat in Canada.

The more urgent problem is that, old and weary as many of these dams have become, they were never designed to deal with our rapidly changing climate. The recent debacle at California's Oroville dam is a good example. The reservoir behind the dam was nearly dry last year but atmospheric rivers of torrential rain brought it to overflowing this year and, when that extra water was diverted to the dam's concrete spillway, the concrete failed. This triggered the evacuation of several towns downstream of the dam.

The cost of rehabilitating dams has led to some 700 of them simply being removed. This should restore fish habitats but a new study shows it's not that simple.

Now, however, a new study in Biological Conservation takes the science of dam removal in an unexpected direction. Although acknowledging that reopening rivers usually leads to “increased species richness, abundance and biomass,” a team of South African and Australian authors argues that in some cases threatened species may actually benefit from keeping existing dams intact.

The idea for the study arose because both South Africa and Australia are now experiencing “an incredibly dry period,” says co-author Olaf Lawrence Weyl, a specialist in endangered fish with the South African Institute for Aquatic Biodiversity. Many native fish species have been “pushed right back into headwater streams” by competition with alien fishes, typically introduced for sportfishing and by “dewatering of entire rivers” to supply irrigation water for crops, Weyl adds. In some cases, the streams and reservoirs backed up behind dams are the only remaining aquatic refuges for endangered species.